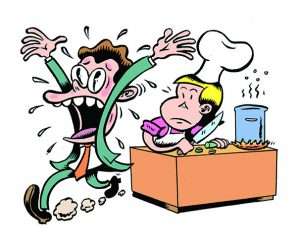 Scott Mann, a member of the British Parliament, faced public mockery after suggesting the nation needs a national knife registry to battle knife-related crimes. "Every knife sold in the UK should have a GPS tracker fitted in the handle," he wrote in a tweet.

Former Long Beach, Mississippi, police officer Cassie Barker has pleaded guilty to manslaughter in the death of her 3-year-old daughter. Barker left the girl in a car seat in her patrol car while she had sex with her supervisor at his home.

You'd think that officials in Australia's Northern Territory would be happy that an unofficial slogan promoting tourism there had gone viral. But the Darwin City Council has voted to ban the sale at markets located on public property of any merchandise with that slogan: "CU in the NT." Officials say the slogan is immature and offensive.

Two teachers at a Head Start program run by Southern Illinois University Edwardsville have been placed on leave and could face charges. Police say they forced 4- and 5-year-old students to stand naked in a closet as punishment when they misbehaved in class. 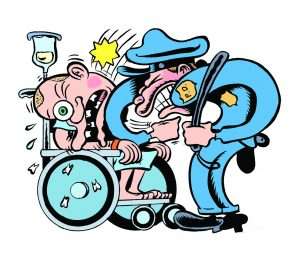 Former Paterson, New Jersey, police officer Ruben McAusland has been sentenced to five years in prison for drug dealing and assaulting a suicidal hospital patient. Video shot by the cop's partner showed McAusland striking a man in a hospital bed hard enough that blood sprayed onto the bed. An earlier video, shot by a security camera, showed McAusland and his partner attacking the man as he sat in a wheelchair.

Bexar County, Texas, Precinct 2 constable deputies ordered a blood draw on a woman involved in a car crash without first obtaining a warrant and tried unsuccessfully to convince emergency responders to perform a cavity search of her. One deputy apparently mistook the smell of the woman's airbag deploying for marijuana. Deputies later attempted to get statements from firefighters who had responded to the crash about the presence of drugs in her car. The woman was not charged in connection with the crash.

Two years ago, the British Parliament passed a law requiring sexually explicit websites to verify that users were 18 or older. The rules to implement that law were supposed to be in place in April 2018, but doing so without jeopardizing users' privacy proved more difficult than anticipated, so government officials delayed the rollout by a year. It's now clear the new deadline won't be met either. 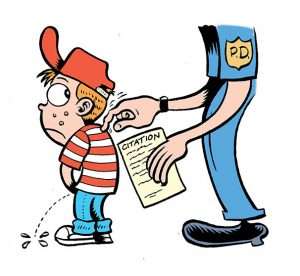 Bethany, Oklahoma, police are investigating several teens for child pornography. The students—three girls and two boys aged 14 and 15—reportedly admitted to exchanging nude photos with one another. 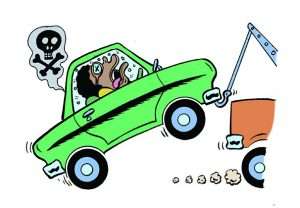 Columbus, Ohio, police searching for a missing woman found her body in her car, which happened to be at a police impound lot. Officials say they don't yet know whether Falyce A. Yuill, 61, was already dead when her car was towed or whether she died at the lot.

Both the Church of England and the National Secular Society have criticized a British government decision to deny asylum to an Iranian Christian after the man claimed Christianity is a peaceful religion. The Home Office rejected the man's case and, in a letter, cited violence and violent imagery in the Bible.

California Is Clueless About Homelessness