These days Mike Judge is an acclaimed satirist and the subject of a respectful profile in The New York Times Magazine. But in 1993 he was the man behind Beavis and Butt-Head, an MTV series that middlebrow opinion almost universally denounced as a celebration of nihilism and stupidity. Worse yet, parents blamed it for allegedly inspiring various acts of mayhem around the country, including a fire that killed a girl. 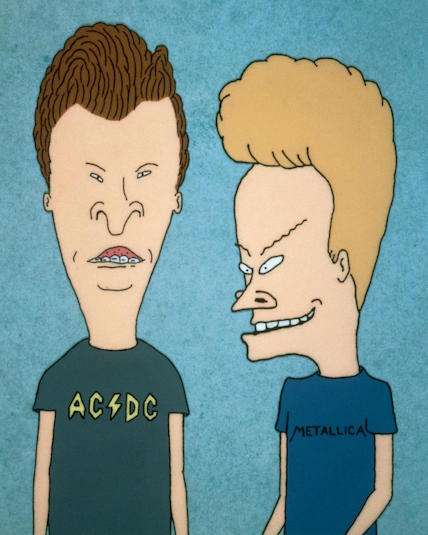 Not everyone joined the anti-Beavis crusade, but even the folks who stuck up for the show often took it for granted that the program was dumb trash. They just figured that kids always like dumb trash and eventually will grow out of it. (Check out this column by Mike Littwin, who compares Beavis and Butt-Head to the Mad magazine of his youth—not because he recognizes Mad as a place that sometimes published sharp satire, but because he thinks Mad was dumb too.) There were a few critics who noticed that the series mocked rather than glorified its title characters. But speaking as someone who made that argument at the time, I can tell you that we weren't exactly the dominant perspective.

You don't have to take my word for that. Just watch what happened when The McLaughlin Group tackled the topic.

After host John McLaughlin sets the tone for the segment by asking whether Beavis and Butt-Head should be banned, panelist Eleanor Clift suggests that the show "celebrates underachievement" and declares it a "part of the dumbing down of television." (This just as TV's golden age was about to bloom.) McLaughlin then notes that there is "a whole other school of thought" in which the series is a satire that lampoons its own audience. The other members of the panel start to chuckle, and one mutters "Yeah, right"; Fred Barnes declares, with the look of a man who is sure he's being clever, "John, if you believe that, I have one thing to say to you: 'What a dork!'" McLaughlin himself smirks a bit, and then it's back to bashing the show, with Chris Matthews saying the mother of the dead girl should sue MTV:

Twenty-four years later, looking at Beavis and Butt-Head in the context of Judge's full body of work, the theory that set off that scoffing seems obviously true. But you shouldn't get too smug about those People From The Past who don't know as much as us Modern Folk do. There's a moment in that discussion when Clift goes off on a little rap about Generation X. As you listen to her spouting what were already moldy clichés back then, ponder how much of what she was reciting is being recycled almost unchanged for another demographic cohort today.

(For past editions of the Friday A/V Club, go here. For my comments on that New York Times profile of Mike Judge, go here.)