Political reporters love to speculate about bizarre and fanciful scenarios, with a particular focus on anything that sounds like it would be fun to cover. That's why you see a spate of stories every presidential primary season arguing that one party or the other might be headed for a contested nominating convention. This year, in an unexpected twist, we might actually get a contested convention, a possibility that has sent spasms of joy through certain sectors of the press. 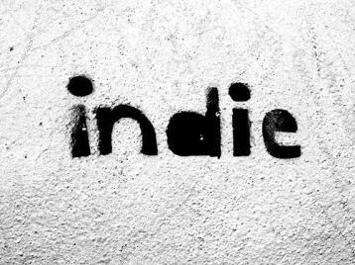 Meanwhile, the prospect of a Republican split has set off a second speculative frenzy: What if the losing side of the GOP's civil war bolts to a third party? Donald Trump periodically ruminates about running under his own banner if the Republicans refuse to nominate him, and several anti-Trump conservatives—most prominently Erick Erickson, who calls the idea the "ultimate fallback"—are talking about starting an alternative party of their own. At the North Pole, where a committee of elves is tasked with reviewing the wishes of children and pundits, a request for both a brokered convention and a major third-party challenge probably sounds ridiculously greedy. Yet here we are.

America's third parties and independent campaigns generally fall into three categories. The first and most famous are those temporary storms that break out for one election cycle and then dissolve. Teddy Roosevelt's Bull Moose Party did remarkably well in 1912, outpolling even the Republican, but by 1916 Roosevelt was back in the GOP and refusing the party remnants' request that he run again. After John Anderson polled a solid 6.6 percent as an independent in 1980, he started to set up a new National Unity Party, but the group failed to launch. Occasionally you might see an aftershock in the next election, as when Ross Perot followed up his strong showing in 1992—he got about 19 percent of the vote—with a smaller 8.4 percent in 1996. But by 2000 Perot was endorsing the Republican, his Reform Party was nominating someone else, and that someone else received less than half of one percent when the country voted in November.

The second category consists of ideological clubs running protest campaigns: the Libertarians, the Greens, the Socialist Laborites, and so on. Some of these groups disappear quickly and others last for decades, but they all tend to poll poorly, especially on the federal level. Occasionally, one will flare up for a year, in the manner of one of those temporary storms in category one—think of Ralph Nader's Green campaign in 2000, or the Libertarian Party's relatively strong performances in 1980 and 2012. Yet even then, their nominees don't do as well as Perot did in his second, weaker run. (Not every ideological party has been a mere protest-vote society. The Populist Party was very popular in some parts of the country in the 1890s, for example. But it's been a long time since a group like that has been able to sustain itself.)

From time to time, a personality-driven party created as a vehicle for one of those one-man storms will stick around after the storm dissipates, evolving into an ideological sect. George Wallace got 13.5 percent of the vote running with the American Independent Party in 1968. Four years later, Wallace was a Democrat again, but his old party nominated someone else, and that man collected a million votes; four years after that, the party had split into two rival groups, both of which continued to chug along for years afterward, each nominating candidates that few people noticed and even fewer voted for.

Finally, there is our third category: parties that operate at the state or local level, sometimes with considerable success. There have been more of these than you probably suspect: America's a big country, with room for all kinds of curious variations. Occasionally a third party will run a whole state for a while, as when the Wisconsin Progressive Party controlled the governor's mansion for a chunk of the 1930s. In Minnesota, the Farmer-Labor Party became so powerful for so long that the Democrats decided it would be better to merge with its rival than to compete with it; that's why that state's Democrats have been officially known as the Democratic-Farmer-Labor Party since the '40s. Some parties have functioned as ideological clubs on the federal level but turned into genuine political players in certain states or towns—the Socialist Party, for example, was once known to elect mayors in Milwaukee, Bridgeport, and several other cities.

Sometimes a major-party politician will borrow one of these regional parties' ballot lines. In 1990, a former Republican governor, Wally Hickel, was returned to office as the candidate of the Alaskan Independence Party, whose platform calls for a statewide referendum on secession. Hickel wasn't a separatist, but the AIP was a convenient vehicle back to power; partway through his term, he rejoined the Republicans.

And then there's New York. The Empire State allows more than one party to nominate the same candidate, who is then listed on multiple ballot lines; this has allowed several small parties to punch above their weight. The Conservative Party, for example, will endorse Republicans when it considers them conservative enough to support, but it punishes the GOP by running its own candidate if it thinks the Republican standard-bearer is too liberal. (The underlying threat here is to be a spoiler, but at times the Conservative actually wins.) This system is called ballot fusion, and sometimes it leads to delightfully odd places. The strangest may be the election of Rep. James G. Donovan in 1950. One of those state-level niche-party candidates—Vito Marcantonio of the leftist American Labor Party—had spent several terms in Congress, where his radical voting record alarmed the leaders of each major party. So the Democrats and Republicans both gave Donovan their ballot lines, allowing him to beat Marcantonio as the establishment's unity candidate.

Where does that leave this year's potential splitters? Any effort to launch a new party or an independent ticket, especially this late in the game, will run into enormous and perhaps insurmountable ballot-access barriers. (The two-party cartel has set up a lot of laws to limit competition.) You could always try to pull a Hickel and borrow an existing party, but that's hardly a sure thing either. Over at The Federalist, Ben Domenech suggested today that anti-Trump conservatives colonize the Libertarian Party; the chances of the Libertarians going along with that are pretty slim.

So if the losing side of the Republican crack-up tries to go third-party, the cards will be stacked against it. But what sort of political writer would I be if I couldn't spin a theoretically possible but extremely implausible scenario? In the spirit of all those brokered-convention forecasts of years past, here is a route the splitters could try to take:

1. If you can't get on the ballot in all 50 states, don't let that stop you. Just aim for some states where a lot of electoral votes are in play. At the very least, that could allow you to play spoiler. And if you do well enough—remember, we're being pie-in-the-sky here—you could deny any candidate a majority of the Electoral College and throw the election into the House of Representatives. Who knows? Maybe there you'll have a chance.

2. The national third parties like the Libertarians may be out of your reach, but you could still try to conquer some state parties. Maybe the Conservative Party will back you in New York. Several states have right-wing parties that might be ripe for takeover: There's still an American Independent Party in California, for example. Wouldn't it be funny if a party created so George Wallace could run for president ended up as a vehicle for an anti-Trump effort? (Think of the columns we could write!)

3. You could try to peel off a national party's state affiliates, too. A few cycles ago, the Libertarian Party of Arizona ran its own presidential candidate rather than endorse the national nominee. Perhaps you could find some sellout Libertarians somewhere. Or maybe there's a state Constitution Party affiliate you could buy off. Hell, maybe you could do something really sneaky and stack some delegations at a Green convention somewhere. Be creative!

Will such machinations get your candidate elected? Almost certainly not. But they'll make a weird year weirder—and really, what more could a journalist hope for?