Tomorrow Bernie Sanders will deliver his long-promised speech "to explain what democratic socialism is." Ordinarily Sanders defines his style of socialism by pointing to the social democracies of Scandinavia (which have been moving in a more market-oriented direction relatively recently). Some pundits of the left have urged him to reorient his rhetoric toward native examples, such as Sanders' old hero Eugene Debs. Perhaps he will.

One name they generally don't mention, and which I'm pretty sure Sanders won't mention either, is Jasper McLevy. McLevy and Sanders do have a few things in common: Both were self-described socialists who became popular mayors of New England cities. But Bernie Sanders is not a Jasper McLevy socialist. If he were, he'd be preaching austerity instead of denouncing it. 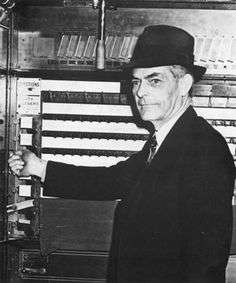 Jasper McLevy was a member in good standing—and sometimes not-so-good standing, but we'll get to that later—of the Socialist Party. He also served as mayor of Bridgeport, Connecticut, from 1933 to 1957. Elected on a promise to clean up the town's notorious corruption, he pursued some of the policies you might expect from a Socialist: His city government took over trash collection, built public housing, and bought the local airport. But he also cut taxes, slashed the municipal debt, instituted competitive bidding, at times rejected state and federal aid, and regularly balanced the budget. Above all, he was tight with the public purse. His reputation as a skinflint was cemented after 1938, when a story circulated that he had been reluctant even to spend city money plowing the streets; asked why the snow was piling up, he supposedly replied, "God put the snow there; let him take it away." He didn't actually say that, but the fact the legend was so persistent speaks to his parsimony.

In the words of the Bridegport-based journalist Lennie Grimaldi,

In McLevy's first six years, federal relief spending in Bridgeport reached ten million dollars, yet McLevy seemed to grow more and more frugal on how it, and particularly city money, would be spent. For instance, in 1940 McLevy spent only $10 all year on office supplies and $89.44 on postage, telephone and telegraph service. McLevy retained only one secretary and his initial $7500 mayoral salary was increased quite infrequently, reaching only $10,500 during his 24 years in office. His salary was far below the incomes of mayors running cities of comparable size….

In 1939, McLevy shot down a proposal to pay $4500 a year toward retaining a full-time school physician, even though federal money would have fully funded the first two years, paid for the physician's car and would even have added assistance for many more years. City health officials scoffed at McLevy's argument, insisting an additional $4500 wouldn't affect the city budget and amounted to a mere 17 cents per student.

When it came to federal money, McLevy said he couldn't be sure how long it would last.

McLevy's relations with the rest of the socialist movement were frosty, and at one point in the '30s he temporarily left the party to join the more conservative Social Democratic Federation. In 1950 he split with the national party again, following a row over one of my favorite political footnotes: the Connecticut Socialists' alliance with the libertarian-leaning tax resister Vivien Kellems.

When McLevy made one of his periodic runs for governor that year, he accepted the endorsement of Kellems' Independence Party. She, meanwhile, was to be the nominee for the Senate. The plan fell apart when the party failed to get ballot access, but the Socialists' national leadership was still furious about it. They "assailed the McLevy group's tie-up with Viv Kellems as 'a travesty on common sense,'" the Bridgeport Sunday Herald reported. "They pointed out that Miss Kellems' main political tenet is an attack on the income tax law on the grounds that it is Socialistic." But McLevy and Kellems were unfazed. "The Connecticut Socialist Party is far to the right of both the Republican and Democratic Parties," Kellems claimed. "I am no Socialist, I am an American. Jasper McLevy is also an American, a truly great one. He and I stand for the same things—direct primaries, economy in government, lower taxes, and an active political role for women."

So that's one sort of homegrown socialism. Like I said, I don't expect Sanders to invoke it tomorrow. But if he ever wants to make a bid for the Tea Party vote…

Public Schools Are the Best Advertisements for Homeschooling

Nick Gillespie | From the April 2021 issue