Plaintiffs coerced into prostitution as teens alleged that Backpage was complicit in their trafficking. 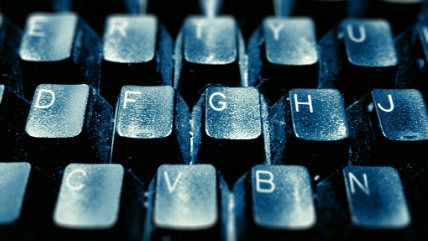 The case involved classified advertising site Backpage.com, which—in addition to advertising things like apartment rentals and acting gigs—has become a hub for both prostitution ads and government anti-trafficking hysteria. Keep in mind that Backpage.com services more than 600 cities, runs hundreds of thousands of ads per day, and does not pre-screen user ads. Yet lawmakers at the municipal, state, and federal level argue that because some small percentage of ads may be posted by criminals, the whole site should be shut down, or, at the very least, held criminally responsible for any illegal transactions it unwittingly facilitates.

In their lawsuit against Backpage.com, the plaintiffs—three women who were forced into selling sex as teenage runaways—argued similarly, saying that because their trafficker found clients on Backpage, the website was responsible for their exploitation. But by this logic, Facebook is guilty whenever anyone posts a threat there, Craigslist is culpable should a landlord want "females only," and Reason is guilty should any of you folks broker a drug deal in the comments. Thankfully, section 230 of the Communications Decency Act, passed in 1996, established that the Internet doesn't work this way.

"Let me make it clear that the court is not unsympathetic to the tragic plight described by [the defendants]," wrote Judge Sterns in his opinion. However, "singly or in the aggregate, the allegedly sordid practices of Backpage … amount to neither affirmative participation in an illegal venture nor active web content creation," he continued. "Nothing in the escorts section of Backpage requires users to offer or search for commercial sex with children. The existence of an escorts section in a classified ad service, whatever its social merits, is not illegal."

Ultimately, Sterns found that Backpage.com was not culpable for the trafficking of these women, per the parameters of Communications Decency Act, and granted a motion to dismiss the suit. "Congress has made the determination that the balance between suppression of trafficking and freedom of expression should be struck in favor of the latter in so far as the Internet is concerned," Judge Sterns concluded.

Well, Congress did make that determination. But things are about to change under the Justice for Victims of Trafficking Act, which passed the U.S. House yesterday after clearing the Senate in April. The act, now headed Obama's way, included a provision—opposed by civil liberties groups, publishers, and victims' advocates—to hold website owners criminally responsible when trafficking victims are advertised there.