The War on Drugs Encourages Roadside Sexual Assaults by Cops

Why did Texas troopers think probing the anuses and vaginas of motorists was reasonable? 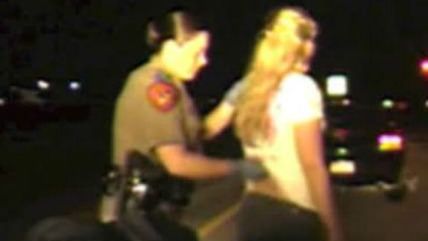 Although the Fourth Amendment already bans "unreasonable searches," Texas legislators still see a need for a law that says cops may not explore the private parts of people they pull over unless they have a warrant. In my latest Forbes column, I try to explain why:

Last week the Texas House of Representatives unanimously approved a bill that requires police officers to obtain a warrant before probing the anuses and vaginas of motorists during traffic stops. The fact that the bill was deemed necessary speaks volumes about the way the war on drugs has eroded our Fourth Amendment rights and encouraged cops to inflict outrageous indignities on people they suspect of violating pharmacological taboos.

How often do Texas cops decide to perform body cavity searches on people they pull over for routine traffic offenses? More often than you might think. Looking for the case that gave rise to this bill, I immediately found three cases, all involving young women suspected of marijuana possession.