Leave the checks and balances to us! 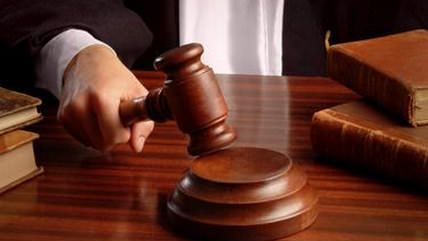 Earlier today, Ed Krayewski wrote of a troubling argument presented by the Department of Justice in a lawsuit over the extrajudicial killing of American citizens in Yemen. The DOJ argued that the court was essentially barred from examining the legality and Fourth Amendment issues of the case due to security issues. Legal Times noted:

U.S. District Judge Rosemary Collyer repeatedly expressed concern that the government's position would essentially strip U.S. citizens abroad of their constitutional rights. Deputy Assistant Attorney General Brian Hauck argued there was a difference between having a constitutional right—which he said could be protected by the executive and legislative branches—and being able to make constitutional claims in court. Collyer countered that not being able to access the courts would deprive citizens of the ability to enforce their rights.

Yes, it appears that Hauck is arguing that the executive and legislative branches will protect constitutional claims even in the absence of the judiciary involvement, which is a remarkable … I don't know quite how to describe it. A remarkably mendacious analysis of the history of the protection of civil liberties in the United States, is what it is.

Over at Wired, despite this allegedly "national discussion" President Barack Obama said he would like to have about balancing liberty and security, again, the administration is doing what it can to keep it out of the courtroom:

The Obama administration for the first time responded to a Spygate lawsuit, telling a federal judge the wholesale vacuuming up of all phone-call metadata in the United States is in the "public interest," does not breach the constitutional rights of Americans and cannot be challenged in a court of law.

Thursday's response marks the first time the administration has officially answered one of at least four lawsuits challenging the constitutionality of a secret U.S. snooping program the Guardian newspaper disclosed last month. The administration's filing sets the stage for what is to be a lengthy legal odyssey — one likely to outlive the Obama presidency — that will define the privacy rights of Americans for years to come.

The New York federal district court lawsuit, brought by the American Civil Liberties Union, demands a federal judge immediately halt the spy program the civil rights group labeled as "one of the largest surveillance efforts ever launched by a democratic government."

Just to emphasize: "cannot be challenged in a court of law." Actually, maybe that's why the phrase "conversation" keeps being invoked. A conversation doesn't actually indicate any changes of policy will be forthcoming. Keeping the judiciary out of the equation makes it possible to let people go on about their concerns, smile sagely at them and act as though you, too, are concerned, and then continue on doing exactly what you're doing. This pretty much appears to be the Obama Administration's strategy: leadership via feigned interest.