Rolling Stone tells the history of the presidential record collection: 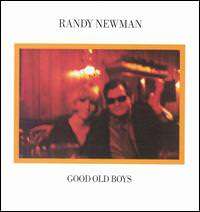 During the waning days of the Nixon administration, the RIAA, the record companies' trade group, decided the [White House] library should include sound recordings as well as books. In 1973, the organization donated close to 2,000 LPs…dominated by the likes of Pat Boone, the Carpenters and John Denver. In 1979, legendary producer John Hammond convened a new commission to update the list for the hipper Carter administration. "They felt they needed to redress some of the oversights that might have taken place the first time around," says Boston music critic and author Bob Blumenthal, who was put in charge of adding 200 rock records to the library.

At the commission's first meeting, Blumenthal brought up Randy Newman's thorny dissection of Southern culture, Good Old Boys, to determine what restrictions the panel might face. "That was exhibit A," Blumenthal says. "And I was told, 'Oh, the president loves that album! Go ahead!'" So Blumenthal and his advisers—including Paul Nelson, then Rolling Stone's reviews editor—compiled a list to reflect "diversity in what was going on in popular music." They picked the Kinks' Arthur for its "theme of empire," and Blumenthal snuck in favorites like David Bowie's Hunky Dory.

The Reagans exiled the albums to the White House basement, and Rolling Stone's writer takes the opportunity to imagine Obama rescuing the records and cueing up a Dylan LP. But wouldn't it stimulate the economy more if the president spent a few grand converting the collection to CDs, then buying an iPod and converting it all over again? I'm just trying to be constructive here.

Bonus listening: I'm finding it enjoyable to imagine Jimmy Carter in an enormous pair of 1979 headphones, rocking out to Randy Newman's "Rednecks."

The $1.9 Trillion American Recovery Act Could Have Huge Implications for State Tax Policies

Novavax Vaccine 100% Effective Against Both Moderate and Severe COVID-19