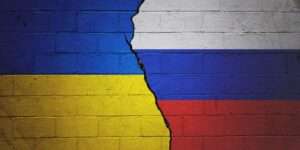 On Thursday, March 10, at 5-6:15 PM I will take part in a George Mason University panel on "Justice, International Law, and the War in Ukraine." The panel will be held in Room 121 at the Antonin Scalia Law School, George Mason University, 3301 Fairfax Drive, Arlington, Virginia, and is sponsored by the George Mason student chapter of the Federalist Society. The other speaker (in addition to myself) will be my law school colleague Prof. Jeremy Rabkin, a prominent international law scholar.

Prof. Rabkin will speak about the international law issues raised by Russia's war on Ukraine. I will cover moral issues, and also those related to refugee and migration rights. The event is free and open to the public, and there will also be free Ukrainian food available. We are working on ways to enable people who come to contribute to humanitarian causes assisting refugees and other victims of the war (though such contributions are not required as a condition of attendance).

As of March 4, George Mason University no longer requires masks at this type of event. We are in the process of creating a Zoom link for the event, so that people can also watch remotely. I will post the link here when able to do so. If you want to get it sooner than that, please contact me.

Because we put this event together so quickly, there has not yet been much opportunity to promote it through normal channels yet. So I am doing so here. I look forward to seeing interested VC readers who decide to attend, virtually or in person.