The 5 Craziest Things GOP Candidates Have Said About Immigration 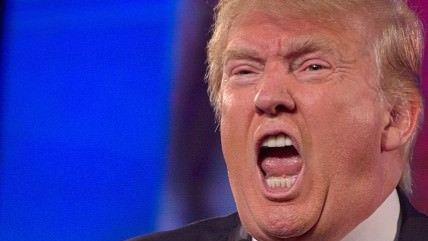 The Republican Party lost its collective mind over immigration.

To see how just unhinged things have gotten, here are the five craziest things GOP presidential candidates have said about immigration in the past few weeks.

"We must insist on assimilation. Immigration without assimilation is an invasion. We need to tell folks who want to come here they need to come here legally. Learn English, adopt our values, roll up your sleeves and get to work."

Now, that sounds reasonable, until you start actually thinking about it for more than five seconds. Academics have studied this question in depth, and what do they find? That the United States has consistently been at or near the very top of the world in successfully assimilating immigrants, regardless of what its politicians "insist" on. Bobby Jindal ought to pay a visit to one of those immigrant suburbs in France he loves talking about, compare it to Atlantic Avenue in Brooklyn, then get back to us.

"We need to have a system that tracks you from the moment you come in, and then when your time is up, whether it's three months or six months or nine months or 12 months—however long your visa is, then we go get you and tap you on the shoulder and say, "Excuse me, thanks for coming—time to go."

This idea, which began as a Newt Gingrich joke nearly a decade ago, faces a couple of practical obstacles. First, human beings are not packages. Second, the Supreme Court recently ruled that law enforcement can't track human beings without a warrant. Third, visa policies are reciprocal, which means what we do to foreigners, foreigners will do to Americans when we visit their countries. And finally, what Chris Christie is describing is a police state.

"Some people have asked me [about building a border wall with Canada]. They've raised some legitimate concerns, including some law enforcement folks, that brought that up to me at one of our town hall meetings about a week and a half ago. So that is a legitimate issue for us to look at."

Like a lot of Walker statements this campaign, he has since semi-walked it back. But he's not the only candidate contemplating the ridiculous.

Let's say this slow enough so that even an internationally renowned neurosurgeon understands it. You cannot "seal" the border! It can't be done. You could build a hundred-foot-tall fence along our 7,500 miles of land, and some kind of force field along the coasts, and that would still do nothing about the 40 percent of illegal immigrants who came to this country legally. People from 38 countries can travel to the U.S. without a visa. To truly "seal" the border would require massive disruptions in international travel, mobility, and trade.

Let's be clear here: The GOP frontrunner is talking about deporting American citizens. The they he is talking about are children born here. We haven't seen an idea this repulsive since World War II, when FDR forcibly relocated Japanese-Americans into internment camps.

If that's the path Republicans want to go down, they're going to have to learn to love the immigration policies of President Hillary Clinton.

Music: "80's+" by Podington Bear and "The Killbots Are Coming!" by Flex Vector

Scroll down for downloadable versions and subscribe to Reason TV's YouTube Channel to get automatic updates when new videos go live.