U.S. officials claim their espionage laws apply to the world, but constitutional protections do not. 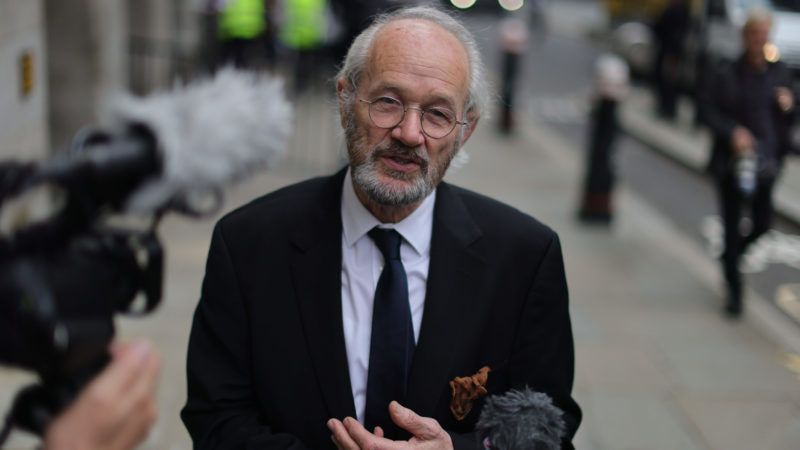 This week sees the resumption in London of the extradition hearing for Julian Assange, founder of Wikileaks. Assange faces charges in the U.S. of conspiring with Chelsea Manning and hackers to gain access to and publish classified information that embarrassed the government. It's an extraordinary proceeding which has American officials claiming that U.S. law applies to a foreign publisher, but that U.S. constitutional protections do not.

It's also a caution to journalists that governments will go to any length to punish those who inconvenience or embarrass them.

Assange's troubles began when he worked with Manning—who was then a U.S. Army soldier—to acquire and publish classified documents related to the wars in Iraq and Afghanistan. Notably, the documents included footage of U.S. helicopters shooting people, including civilians, in Baghdad in 2007.

Manning ended up in prison for leaking the information, while Assange hid for years in Ecuador's U.K. embassy as the British government sought his arrest. Ostensibly, U.K. authorities wanted him for Swedish sexual assault charges, though later the pretense was dropped and by the time he was surrendered by a new Ecuadorian administration in 2019, he openly faced charges under the U.S. Espionage Act.

This is where things get interesting—more interesting, that is—because the U.S. throws the book at Assange, including for conduct that clearly constitutes journalism. The indictment reads, in part:

JULIAN PAUL ASSANGE … having unauthorized possession of, access to, and control over documents relating to the national defense, willfully and unlawfully caused and attempted to cause such materials to be communicated, delivered, and transmitted to persons not entitled to receive them.

"Nothing in this count turns on Assange's having helped or solicited Manning's leaks," commented law professor, constitutional expert, and Reason contributor Eugene Volokh at the time of Assange's original indictment. "Rather, it relies simply on Assange having published (in violation of 18 U.S.C. § 793(e)) material that he knew was improperly leaked and was related to the national defense within the meaning of the statute. To convict on these counts, a jury wouldn't have to find any complicity by Assange in the initial leak."

That is, Assange's alleged crime under that language is nothing more than publishing classified material.

Other charges, based on soliciting information from Manning and from hackers, have their own problems. Journalists have frequently done exactly that in high-profile cases, such as when the The Washington Post and The Guardian worked with Edward Snowden to publish his surveillance revelations, and when The New York Times and the Post did the same with Daniel Ellsberg with regard to the Pentagon Papers.

The implications of indicting Assange gave even the Obama administration pause, despite its reputation for hostility toward press scrutiny. To go after the Wikileaks head would be to start down a path that could land many journalists in prison simply for doing their jobs.

"Justice officials said they looked hard at Assange but realized that they have what they described as a 'New York Times problem,'" the Washington Post noted in 2013. "If the Justice Department indicted Assange, it would also have to prosecute the New York Times and other news organizations and writers who published classified material, including The Washington Post and Britain's Guardian newspaper, according to the officials."

To work around such concerns, the Trump administration has adopted the novel position that American laws do apply to people outside the United States—as demonstrated by the indictment of a publisher who committed his "crimes" without setting foot within U.S. borders—but without constraint by constitutional protections.

"Julian Assange has no First Amendment freedoms," then-CIA Director Mike Pompeo told an interviewer with the Center for Strategic and International Studies in 2017. "He's sitting in an embassy in London. He's not a U.S. citizen."

That's a selective application of U.S. authority that rightly sends chills down the spines of people to whom it applies.

"At the same time that the U.S. government is chasing journalists all over the world, they claim they have extraterritorial reach," Wikileaks editor Kristin Hrafnsson warned earlier this year. "They have decided that all foreign journalists … have no protection under the First Amendment of the United States."

And while Hrafnsson works for the online publication that has been directly targeted by the U.S. government, the prosecution of Assange has much larger ramifications.

"This indictment effectively opens the door to criminalising activities that are vital to many investigative journalists who write about national security matters," PEN International Executive Director Carles Torner cautioned in a July letter signed by 40 press and human rights organizations.

If the prosecution of Assange stands, it would imply that only American journalists could hope to safely report sensitive information about the U.S. government without risking punishment for their efforts at the hands of authorities who claim to exercise worldwide jurisdiction unconstrained by constitutional safeguards for natural individual rights. Journalists elsewhere—especially those under allied governments such as those of Australia and the U.K., which have cooperated in the pursuit of Assange—would be at risk of quasi-legal retaliation.

But it's not obvious that American journalists are entirely safe either. Even as the U.S. government expands the claimed jurisdiction of its laws while shrinking the application of its constitutional safeguards, it's also applying the law in novel ways. "For the first time in the history of our country, the government has brought criminal charges under the Espionage Act against a publisher for the publication of truthful information," the American Civil Liberties Union (ACLU) points out.

Pompeo of the CIA saw no difference in the actions of Assange and whistleblower Edward Snowden, discussing them together in the 2017 interview. "We at CIA find the celebration of entities like WikiLeaks to be both perplexing and deeply troubling because while we do our best to quietly collect information on those who pose very real threats to our country, individuals such as Julian Assange and Edward Snowden seek to use that information to make a name for themselves," he said.

It's easy to foresee U.S. government officials continuing to stretch the law, and shrink constraints, in order to reach domestic journalists who piss them off.

If extradited and convicted, Assange faces up to 10 years in prison on each of 17 counts of the indictment, and five years on the eighteenth. That could constitute the effective end of the publisher's hopes of freedom. It would also be a bare-fisted threat to all journalists who scrutinize government conduct.