The operation is still arresting sex workers and calling it a rescue mission. 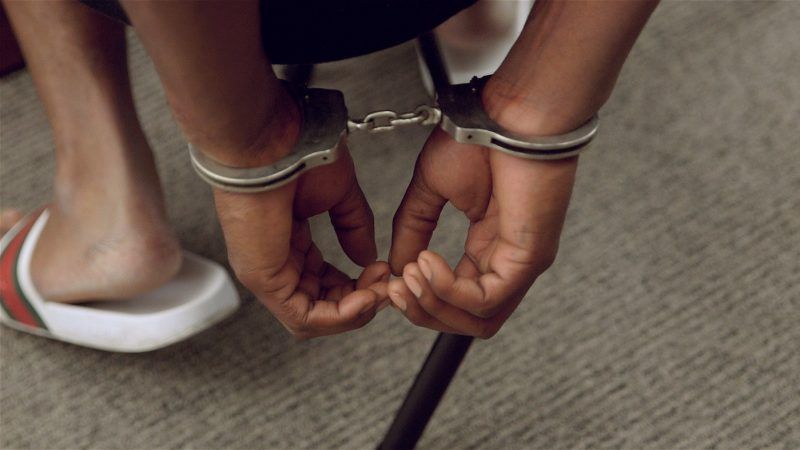 Operation Cross Country, the FBI's signature program to fight "child sex trafficking," has long been plagued with problems, from arresting underage victims to cracking down on hundreds of times as many sex workers as it does "pimps and traffickers." After the FBI skipped last year⁠—and sources told Fox News the program was being reconsidered⁠—it looked like maybe authorities had seen the error in their ways.

Sadly, no: the feds were just tooling up for an even more extensive version of this "anti-human trafficking" sham.

Last week, the FBI and the Department of Justice (DOJ) trumpeted "Operation Independence Day," a renamed and longer but otherwise unchanged Operation Cross Country (OCC). Instead of one weekend, the initiative lasted a whole month.

Despite this longer time frame, authorities "rescued" about the same number of young people that it has in the past couple years and significantly fewer than it did years prior.

For instance, in the eleventh and last OCC, in October 2017, the FBI announced that it had discovered 84 minors. After OCC IX, in the summer of 2015, an FBI press release reported "the recovery of 149 sexually exploited children" and, in 2014, police picked up 168 minors⁠—more than twice as many as this year, in less than one-quarter of the time.

This year, agents from 400 different law enforcement agencies, 86 task forces, and 33 FBI field offices conducted some 161 operations throughout the month of July. In total, they picked up 82 minors allegedly selling sex. The youngest was age 15. The operation also "identified" another 21 teenagers who were possibly being exploited.

The number of possible "pimps and traffickers" caught in Operation Independence Day⁠—67⁠—is also down from recent previous years. Both this and the relatively small number of juveniles found could be related to sex-work ads shifting from a concentrated few (easy-to-access and friendly-to-law-enforcement) platforms to myriad smaller venues, following the government's seizure of Backpage.com and, not long after, the passage of FOSTA (which prompted Craigslist and others to crack down on ads).

"Pimps and traffickers," mind you, is something of a misnomer. Folks counted in this category can include sex workers themselves under the wrong circumstances, as well as federal Mann Act prosecutions (which applies to one adult driving another consenting adult across state lines for a sex act). The term "traffickers" also includes those who get snared in To Catch a Predator-style stings by undercover cops pretending to be teenagers. Even by these standards, however, the number of "human traffickers" that face either federal or state charges is similar to or less than in earlier, shorter operations.

In 2015, for instance, the FBI reported that "more than 150 pimps (in addition to) other individuals" had been apprehended. After the 2016 operation, the FBI bragged of nabbing "239 pimps and other individuals."

As I reported here a few years ago, the 2016 "efforts yielded just 10 federal indictments as of May 2017″ and only three of these involved actual minors (none of whom alleged abuse, assault, or mistreatment). Meanwhile, 996 "adult prostitution subjects" were arrested, according to testimony from former FBI Director James Comey. He also noted that since the start of OCC less than a decade prior, 1,254 "johns" were arrested as a consequence of the stings.

The FBI no longer reports the number of adult sex workers whom these initiatives claim as collateral (it stopped offering up that information in 2010 and in recent years has said it does not keep track). However, local news and law enforcement agencies often do, helping provide us with a more in-depth, if incomplete, picture.

This year, in Alabama, 49 "sex workers and their facilitators" were arrested around the Birmingham area, according to ABC 33/40. "We make the phone calls," said Vestavia Hills Police Captain Johnny Evans, describing the sting. "They agree to an act and a price. They come to where we are."

Meanwhile, a sting Homewood, Alabama—conducted by both vice and narcotics units—led to the arrest of 14 people (nine women and five men) for promoting prostitution, sometimes accompanied by drug charges. Promoting prostitution is generally considered a type of "pimping" charge, but increasingly lobbed against sex workers themselves for placing ads online and similar conduct.

In Jacksonville Beach, Florida, a "prostitution sting conducted by the FBI with help from the Jacksonville Beach Police Department" involved "an undercover FBI agent pos[ing] as a customer who was looking for a prostitute at a Holiday Inn Express on Beach Boulevard after responding online via a website." Ultimately, two women and one man were arrested, according to News 4 Jax.

In the San Diego area, six men were arrested for soliciting (adult) prostitution, with local police, the San Diego Human Trafficking Task Force, and the FBI all involved. Louisiana Alcohol and Tobacco Control agents, along with FBI agents, picked up 25 men for soliciting prostitution in Shreveport, and FBI agents worked with local cops to arrest seven sex workers at a hotel in Baton Rouge.

A 21-year-old sex worker was also arrested in Louisiana, after traveling with a teen girl who told police the young woman had "encouraged and guided her on how to work" (as police put it). In addition, a woman initially thought missing was found along with her 4-year-old daughter, who was the subject of a custody dispute. The girl was safe and unharmed. The woman, who was allegedly working as a sex worker and/or living with other sex workers, was charged with a felony custody order violation. Police have portrayed the 4-year-old as being rescued from "human traffickers."

If these cases are any indication, Operation Independence Day promises to help girls and young women but often winds up throwing them in handcuffs instead. Then, police fudge the details of cases to paint themselves the heroes. But while their press releases speak of "rescuing" sex-trafficked teens, "rescue" basically just means they made contact.

Teens found selling sex are generally sent on their way with a few social services numbers if they don't have a sex-trade Svengali to testify against. And most don't: Former FBI Deputy Director John Pistole testified that only around one-quarter of teens found in these operations had experienced force or threats as part of being in the sex trade.

This year, FBI Special Agent Jeanette Milazzo said that officers going undercover on "social media sites and escort sites" were "looking for runaways, and essentially juveniles who have been posting themselves for commercial sex."

Do you know who looks like juveniles based on their ads? Young adult sex workers, who wind up with no sympathy when police find out they're 18 or 19 or 23 years old. They're still getting arrested, even as our number of minors found is going down.

Meanwhile, police make up for the dearth of actual rescue work by entrapping people into crimes there's no indication they would otherwise have committed. This year, Operation Independence Day includes eight Illinois men indicted on federal charges of attempted enticement of a minor, after soliciting a sex worker who "admitted" to being a teenager and was really an undercover cop. No real minors were involved. Those arrested face a possible fine of up to $250,000 (in addition to asset forfeiture) and a mandatory minimum of 10 years in prison.

With roots in the War on Drugs, early anti-immigration efforts, and Victorian-era vice policing, Operation Independence Day (and Operation Cross Country before it) are sold as safe-streets-making, social-justice-friendly, exploitation-stopping success stories. But once again, we're seeing authorities boldly stop a lot of victimless crime while getting ladies naked and padding their pocketbooks.

If this were really about helping exploited and at-risk youth, and not just making a big splashy announcement, we would see way less focus on stings, prostitution charges, and other misdemeanor arrests and more resources devoted to runaway and homeless youth and sexual violence victims broadly.

Authorities now admit that the "human trafficking" problem isn't so much about kids and women being abducted, tied up, and literally forced into selling sex, but rather that the issues driving it are much more complicated. But they still can't or won't admit that the old arrest-our-way-out approach has no place here.