Why Did New York Have to Decriminalize Marijuana Possession Twice?

The new law eliminates a loophole that allowed police to continue arresting people for something that was not supposed to be a crime anymore. 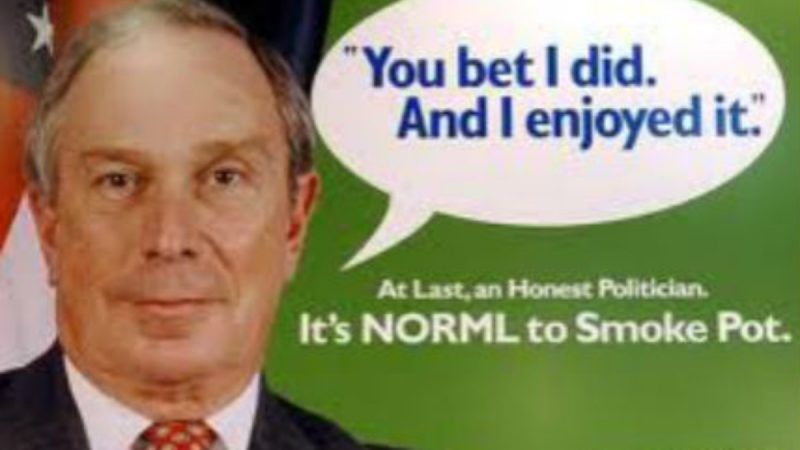 Under the Marijuana Reform Act of 1977, possessing no more than 25 grams of cannabis (about nine-tenths of an ounce) was a citable offense similar to a traffic violation, punishable by a maximum fine of $100. The bill that Gov. Andrew Cuomo signed this week, S. 6579A, cuts the maximum fine in half and sets the weight limit at one ounce. Possessing more than one ounce but no more than two ounces, previously a Class B misdemeanor, is now a violation punishable "only by a fine of not more than two hundred dollars." More important, the new law eliminates the misdemeanor offense of possessing marijuana that is "burning or open to public view," a provision that police in New York City had commonly used to arrest people for something that supposedly was no longer a crime.

In addition to catching people who happened to be smoking pot or waving their weed around, cops could manufacture misdemeanors by instructing people they stopped to take out any contraband they might have or by searching them (ostensibly for weapons) and pulling out a joint or a bag. Voilà: The marijuana was now "open to public view," an arrestable offense.

Such tricks, combined with the NYPD's "stop and frisk" program, help explain why pot busts skyrocketed in New York City from 1997 through 2011, during the Giuliani and Bloomberg administrations, even while marijuana use (as measured by government-sponsored surveys) remained about the same.  During that period, according to figures compiled by Queens College sociologist Harry Levine, the number of low-level marijuana arrests averaged about 39,000 a year, 14 times the average for the previous 15 years. The arrests overwhelmingly involved blacks and Latinos, who accounted for 84 percent of the total in 2011.

That year, then-Police Commissioner Ray Kelly told cops to cut it out. Sort of. "The public display of marihuana must be an activity undertaken of the subject's own volition," his directive said, explaining that the charge is not legally appropriate "if the marihuana recovered was disclosed to public view at an officer's discretion."

Low-level marijuana arrests fell from more than 50,000 in 2011 to fewer than 29,000 in 2013, a period when street stops also declined. Although Mayor Bill de Blasio, who took office in 2014, had criticized the pot busts as well as the stop-and-frisk program, the number of arrests fell only slightly during his first year in office. It dropped substantially the next year, from more than 26,000 to fewer than 17,000, before rising above 17,000 in 2016 and staying about the same in 2017.

In 2018 De Blasio announced that police would no longer arrest people for minor marijuana offenses, including public consumption, but would instead issue criminal summonses. Pot busts dropped precipitously that year, while summonses rose. In the year that ended on March 31, 2019, there were 4,895 arrests and 14,470 criminal summonses, or a total of 19,365 cases where people faced criminal charges for low-level marijuana offenses. As usual, those people were overwhelmingly black or Latino, groups that together accounted for 92 percent of arrests and 87 percent of summonses in the most recent quarter.

While those summonses don't involve arrests, they still create criminal records, which impose long-lasting burdens by limiting people's educational, occupational, and housing options. That is also a problem for all the cannabis consumers who were arrested in New York City and elsewhere in the state during the last few decades. The bill that Cuomo signed addresses that issue by creating an expungement process for low-level marijuana offenders. When a qualifying marijuana offender seeks to have his record expunged, the law says, "the court shall grant the motion." While it may be a poor substitute for legalizing marijuana, which Cuomo supports but the legislature did not manage to approve this year, the combination of broadened decriminalization and expungement represents a substantial improvement.