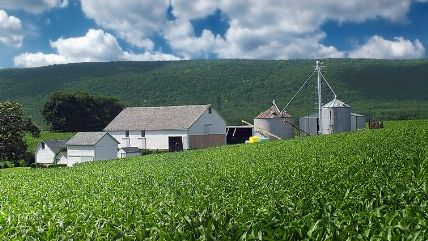 (Nicholas_T via Foter.com / CC BY)

With the Libertarian Party picking its nominee this weekend, and with Democrats and Republicans having all but chosen their respective nominees already, it's as good a time as any to chew on some of the key food-policy issues candidates should be discussing as we inch toward the general election in November. In that spirit, here are nine key issues I'd like to see the presidential candidates discuss this year.

1) Ending farm subsidies and other protection/promotion of food crops. Farm subsidies waste billions of taxpayer dollars every year; promote growing a handful of crops (like corn and soy) that are more likely to become sweeteners, ethanol, or animal feed than they are to become food for people; and likely play a role in America's high rates of obesity. Sugar tariffs, USDA marketing programs (for dairy, nuts, fruits, and vegetables), and U.S. Department of Agriculture (USDA) checkoff programs (for dairy, beef, pork, and other foods) waste billions more dollars to promote and protect wealthy incumbents that deserve neither support nor protection.

2) Embracing GMO neutrality. The government should neither disparage nor favor farmers who raise GMO (genetically modified) crops. Mandatory labeling and bans would do the former, while subsidies and other laws, including the lapsed Farmer Assurance Provision (dubbed the "Monsanto Protection Act" by its detractors), have unfairly promoted GMO crops and protected GMO farmers. Farmers and consumers—not government—should be the only ones choosing whether they prefer GMO crops, organic crops, conventional crops, or some combination thereof.

3) Ending federal support for state unpasteurized (raw) milk bans. The Food and Drug Administration's (FDA) ban of interstate raw milk sales only came about in 1987 in the wake of a federal court ruling that forced the agency's hand. Whether you believe that court ruling makes sense, the federal government should not encourage states to ban raw milk sales (as the agency does today).

4) Reining in the FDA. The FDA's crackdowns on salt, sugar, caffeine and trans fats; its overreaching food-safety schemes that have targeted farmers markets, organic farmers, beer brewers, startup food entrepreneurs, and artisanal cheesemakers alike; and its misbegotten food-labeling rules have made the FDA under President Barack Obama the most activist in history. The FDA has a role to play in ensuring the safety of our food supply. Reining in an unfocused and misadventurous FDA can help the agency to refocus on its core mission.

5) Ending the federal ban on sales of locally slaughtered meat. In 1967, Congress delegated to the USDA a power it did not have: to require that all meat sold commercially in this country—even meat that is (or could be, were it not for the law) raised, slaughtered, processed, and sold in just one state—be slaughtered and processed at a USDA-inspected facility or equivalent state facility. The result? Massive industry consolidation, a depressed supply of locally raised beef (at a time of rising demand), costly food recalls, and dangerous lapses in food-safety oversight.

6) Ending federal policies that promote food waste. Food waste is a costly and largely preventable problem that is often the unintended consequence of bad lawmaking. For example, the USDA's behemoth National School Lunch Program hemorrhages money, has seen participation plummet, fails to feed schoolkids adequately, and promotes more than $1 billion of food waste each year. Let's end the National School Lunch Program. In its place, encourage states to combat food waste locally by having families who can afford to do so pack brown-bag meals for kids (which reduces food waste at home and at school), and encourage businesses to prepare and donate food to kids whose families cannot afford to pack a brown-bag lunch (which reduces commercial food waste and school food waste). Abolish, too, other federal policies and programs that promote food waste (i.e., those that needlessly force fishermen to discard their catch, or those that favor uniform foods over irregularly shaped ones).

7) Improving food safety and choice by requiring good outcomes, rather than mandating specific processes. A preventative food-safety approach that works well for a large company may not work for a small company—and vice versa. The smaller company also may not be able to afford the costs of adopting the approach that works well for the larger company. Yet USDA and FDA rules often mandate the one-size-fits-all approach to food safety. These rules don't make us or our food demonstrably safer. But they do limit the participation of smaller entrepreneurs in the marketplace. Requiring good outcomes (e.g., that food doesn't contain pathogens), rather than requiring food makers to follow a rigid, mandatory process, will ensure consumers have both the rich choices and safe food they deserve.