New at Reason: Getting to the Facts Behind the "Neoconfederate Alabama Cops" Story

A viral outrage story from last month wasn't all it claimed, but the truth is still disturbing. 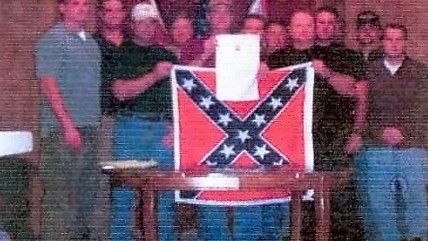 For one day last month, the internet was aflame over a blog post

that promised irrefutable proof of a racist conspiracy among a group of Alabama police officers. However, when questions about the veracity of the reporting were raised, the story fizzled and was largely forgotten.

In a new feature here at Reason, I separate the facts from the innuendo about the racial tensions in the city of Dothan, Alabama, the race-based double standards practiced by its police department, and the unsettling ideas endorsed by the controversial "heritage" group Sons of Confederate Veterans, of which a number of Dothan police officers are members:

Last month, dozens of news outlets shared a "bombshell" story about a cabal of Neoconfederate police officers in Dothan, Alabama. The officers had allegedly been systematically planting evidence on innocent black men for decades, resulting in hundreds of wrongful convictions.

But soon after the article was published, The Southern Poverty Law Center (SPLC)—the entity whose endorsement most likely helped the story go viral—issued a retraction on Twitter. The SPLC also released a statement to AL.com reading, "We received new information from people we trust around Alabama that we should be highly suspect of the reporting and then made the decision that we didn't want to keep the story out there under our account."

The original story was indeed overcooked. But after examining court documents and historical archives, as well as speaking with the story's author, several former Dothan police officers, and an anti-Confederate historian, I found that Dothan does have serious, long-standing, and unresolved race issues. And this continuing racial strife manifests itself within the police department, where some white officers share the view of many Southerners that the Confederacy is a misunderstood and victimized part of their "heritage" and some black officers feel targeted by a harsher and less flexible application of the law.

Click the link below to read the whole thing.