A new Showtime series sounds pretty alarmist about everything that makes the Internet great. 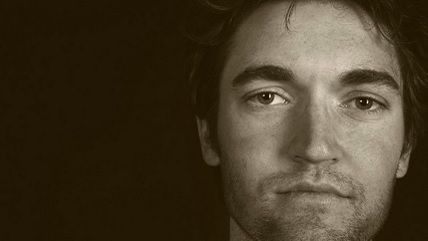 From the writeup at The Wrap, it sounds like eight episodes of unrelieved hysteria jacked directly out of Janet Reno's cerebral cortex circa 1995.

The deep dive will also cover cyber-kidnapping, digital warfare, and online cults. Showtime states the new offering will reveal "a more ominous and disturbing perspective of a digitally connected world where our every action is collected and stored," a half-hour at a time.

Showtime promises that "Dark Net" will raise "cautionary, thought-provoking conversations about technology, privacy and how new, ever-expanding platforms are changing the way we live for the better and for worse."

For the better and for worse? I realize the need to sell the sizzle, but Dark Net sounds like it's loaded toward the latter, doesn't it?

Which isn't to say you shouldn't bother with Dark Net. It's just that you'd be wise to familiarize yourself with other documentaries of the same virtual space, especially Alex Winter's Deep Web, which debuted earlier this year and explores the world of Bitcoin, hacking, encryption, and related issues through the trial and conviction of Ross Ulbricht, the founder of Silk Road, the anonymous, extra-legal online market whose growth and success mainstreamed the concept of the dark net.

Judging from the iconography of the two products, it looks like Dark Net has been influenced at least in its graphic sensibilites by Deep Web. Yet from its promotional materials, it seems not to be overly interested in the former's critical-but-not-hysterical engagement with how individuals are using the deep web/dark net to create a world beyond the reach of meatspace regulators who mostly fear everything they don't understand.

Reason's Zach Weissmueller sat down with Winter in August to discuss the life sentence of Ulbricht and other topics. Watch below.