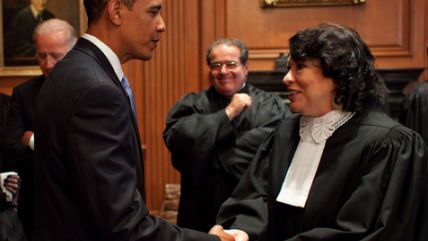 In a per curiam opinion issued today, the U.S. Supreme Court overturned a decision of the U.S. Court of Appeals for the 5th Circuit which had refused to grant qualified immunity to a police officer who used deadly force in order to bring a high-speed car chase to a close. Writing in lone dissent, Justice Sonia Sotomayor faulted her colleagues for "sanctioning a 'shoot first, think later' approach to policing [that] renders the protections of the Fourth Amendment hollow."

At issue in Mullenix v. Luna was a 2010 high-speed car chase that ended when Texas Department of Public Safety Trooper Chad Mullenix fired six shots in an attempt to disable the engine of the fleeing vehicle. Although Mullenix was told by his superior officer to "stand by" and "see if" the road spikes that had been deployed by the police "work first" to stop the vehicle, Mullenix nonetheless proceeded to take action. Four of the six shots he fired struck the fleeing driver, Israel Leija Jr., killing him.

In 2014 the 5th Circuit ruled that Trooper Mullenix was not entitled to qualified immunity because the "immediacy of the risk posed by Leija is a disputed fact that a reasonable jury could find either in the plaintiffs' favor or in the officer's favor, precluding us from concluding that Mullenix acted objectively reasonably as a matter of law."

Today the U.S. Supreme Court overturned that decision. "Whatever can be said of the wisdom of Mullenix's choice, this Court's precedents do not place the conclusion that he acted unreasonably in these circumstances 'beyond debate,'" the Court said.

That judgment drew a sharp rebuke from Justice Sonia Sotomayor. "Mullenix fired six rounds in the dark at a car traveling 85 miles per hour," Sotomayor observed. "He did so without any training in that tactic, against the wait order of his superior officer, and less than a second before the car hit spike strips deployed to stop it. Mullenix's rogue conduct killed the driver, Israel Leija, Jr. Because it was clearly established under the Fourth Amendment that an officer in Mullenix's position should not have fired the shots, I respectfully dissent."