Birth of a Misconception: Underage Pot Smokers in Washington Are Not Felons

A series of misunderstandings created the impression that the legislature had boosted penalties. 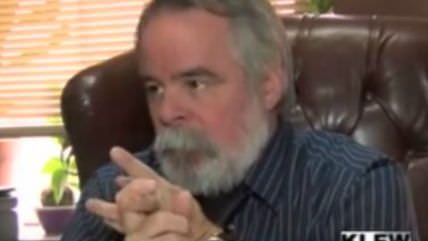 Contrary to various press reports, it looks like underage marijuana possession is still a misdemeanor in Washington. How did so many people get the impression that the legislature had changed the offense to a felony punishable by up to five years in prison? It seems that Asotin County Prosecuting Attorney Ben Nichols, who initially charged six teenaged pot smokers with felonies but this week reduced the charges to misdemeanors, misread the statute and that misreading was widely reported as fact, apparently confirmed by the comments of various state officials.

You might surmise that Nichols is an unreconstructed drug warrior who is resisting marijuana legalization and looking for any excuse to come down hard on cannabis consumers. But he recently told U.S. News he supports legalization and does not think penalties for underage possession should be increased. In fact, Nichols thinks there should be no disparity between marijuana and alcohol when it comes to penalties for underage possession or sales to minors.

"I believe marijuana should be handled like alcohol," he said. "The state of Washington and maybe the whole country is dealing with how to fit marijuana into our mindset. The status of marijuana has changed. It's no longer this horrible drug that's illegal in every situation, [but] we've got these old laws and this old mindset that's reluctant to accept change."

I still do not quite understand why Nichols concluded that felony charges were required for simple possession of marijuana by minors (including 18-, 19-, and 20-year-olds, who in other contexts would be considered adults). I emailed him two days ago, asking for an explanation of his reasoning, but have not heard back yet.

As I explained on Monday, the state legislature last spring approved a medical marijuana bill that says "no person under twenty-one years of age [except for qualifying patients] may possess, manufacture, sell, or distribute marijuana, marijuana-infused products, or marijuana concentrates." The same section of the bill says "any person who violates this section is guilty of a class C felony." But there's an important qualification: "except as provided in RCW 69.50.4014," which classifies possession of up to 40 grams (1.4 ounces) as a misdemeanor, except for possession with intent to deliver. The upshot is that simple possession of up to 40 grams remains a misdemeanor for people younger than 21, as the Washington Association of Prosecuting Attorneys concluded.

In comments to The Lewiston Tribune, an Idaho newspaper, Sen. Ann Rivers (R-La Center), the main sponsor of the medical marijuana bill, seemed to confirm that it turned underage pot smokers into felons, saying, "We needed to send a message to our kids that this is an adult activity." But Rivers told me "it's not ever been anyone's intent to create teen felons." She added: "We are having all of the stakeholders review the applicable section to make sure it doesn't do what is being claimed. If it does we will fix it in the coming session—but so far it looks like it may not be necessary. I have also requested an informal opinion from the attorney general to provide further direction."

I asked Rivers why the medical marijuana bill makes a point of saying that possession by minors, which was already illegal, is not permitted, since that's the paragraph that, together with the reference to Class C felonies, seems to have confused Nichols. She said that language was introduced as an amendment by Rep. Brad Klippert (R-Kennewick), a former police officer who opposes legalization. "He and I never had a conversation about [the amendment]," Rivers said, "so I am unsure as well." I contacted Klippert a couple of days ago but have not received a reply.

I also wondered why the Tribune (and the Associated Press, based on the Tribune's reporting) portrayed Rivers as defending the felonization of underage possession when she says she opposes that policy. Is it possible that her comments were misunderstood? I put that question to Tribune reporter Mary Stone but have not heard back yet.

I will update this post if and when I hear from Nichols, Klippert, or Stone. In the meantime, it looks like a series of misunderstandings led to the striking headlines about treating adolescent pot smokers as felons in a state where adult use is legal.