Why You Should Care That Trial of Ross Ulbricht, Accused of Running Silk Road, Begins Today 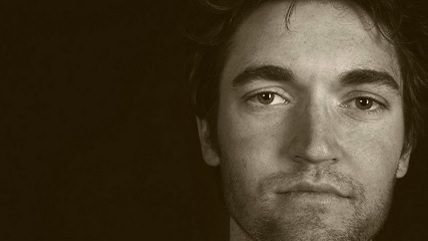 The trial of Ross Ulbricht, whom federal authorities say ran the "dark web" site Silk Road, starts today after multiple delays. If you care about Internet freedom and basic civil liberties, you should watch the proceedings with great concern.

Silk Road is best known as a bitcoin-enabled online marketplace for drugs (read Brian Doherty's feature on the topic). But the case against Ulbricht, who war arrested in 2013, raises hugely important questions about Internet freedom and due process. When they nabbed Ulbricht, the feds made sure everyone knew that he had allegedly tried to hire hitmen to take care of drug-selling rivals. The New York Times Magazine ran a story that underscored the feds' one-sided portrait as Ulbricht's transformation from a literal Eagle Scout to the power-drunk "Dread Pirate Roberts" who was getting rich and insane from his role as proprietor of Silk Road.

Yet when it came time to, you know, actually charge him with crimes, the conspiracy to commit murder charges weren't entered. Well, not exactly. They're in the court documents but won't actually be vetted by the court:

In addition to the drug and conspiracy charges, U.S. District Judge Katherine Forrest ruled last week that she will allow prosecutors to try to prove their case by presenting evidence that Ulbricht discussed six different murder-for-hire plots to protect Silk Road.

That's one way the feds are stacking the deck against Ulbricht, who may or may not be guilty of running Silk Road (I have no idea; but in the interests of disclosure, I contributed $100 to his defense fund out of concern of the way in which he is being prosecuted). The feds also have not explained to the defense how they tracked down Ulbricht, raising concerns that the evidence was initially gathered via intelligience operations that functioned without a legal warrant. That's troubling, as is the government's position that regardless of whether he profited from the site or actually trafficked in drugs himself, he should be responsible for what was going on at Silk Road. That charge flies in the face of existing laws that exempt ISPs and site operators from responsiblity for the actions and speech of users. The outcome of that specific issue could well chill the Internet well below absolute zero.

To paraphrase Joe Biden, this is a big fucking deal. Not simply because Ulbricht may be railroaded but because the way in which the prosecution is proceeding potentially threatens all of us who run websites, transact business online, and want to live in a country where the government has to be transparent about where it got its evidence against us.

Reason interviewed Lynn Ulbricht, who lays out the larger issues raised by the trial of her son: