Lawsuit Against USDA Says Authoritarian Cherry Board Is the Pits

A lawsuit shines a light on a USDA-created board that controls supply, says you can't sell tart cherries without board permission. 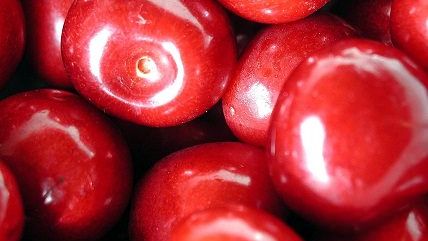 What if the federal government had a stranglehold on the supply of tart cherries in America? Would you be confused? Outraged?

I cannot tell a lie. Such a stranglehold exists. And I'm a little bit of both.

My questions stem from an ongoing lawsuit, details of which emerged this week, that pits a Michigan cherry canner against the USDA in a battle over an appallingly stupid USDA creation known as the Cherry Industry Administrative Board (CIAB).

While the administrative lawsuit has been winding its way through the USDA since it was filed in 2011, the story came to light this week thanks to an annual Michigan cherry festival and a good piece of investigative writing on the topic by a Michigan journalist.

More on that in a minute. But first, a bit of background. Tart cherries are (you guessed it) tart, rather than sweet. They're not the fresh ones you buy at the grocery or farmers market. In fact, tart cherries are rarely canned or sold fresh. Nearly all (99%) tart cherries are sold frozen or used to make cherry wine (uh-huh) and other products.

While pretty much anyone can grow tart cherries, no one markets a tart cherry in this country without CIAB permission.

The CIAB has the force of federal law behind it.

"The CIAB is authorized under Federal law, and it is considered an 'instrumentality' of the United States Department of Agriculture," declares the board's website. "Therefore, it is the Secretary of Agriculture who oversees the operations of the CIAB and under whose aegis the order operates."

The board's role, it notes, is to make sure "the annual supply of tart cherries [matches] the demand for tart cherries."

That's a job that used to be left to farmers and the folks who buy their produce. Now it's a board decision.

But the CIAB is just one scheme for marketing cherries. In addition to the USDA's marketing order program and a Cherry Grower's Association, cherry marketing and prices are impacted by the Cherry Marketing Institute and by CherrCo, a cooperative marketing organization that operates independent of the USDA program.

According to the USDA, the regulated tart cherry industry consists of about 600 tart cherry growers and 40 tart cherry handlers. Meanwhile, about three-quarters of America's tart cherry output comes from Michigan.

Burnette Foods, which sued the USDA over the CIAB, is a third-generation family business in Michigan with long history of selling cherries—beginning in the 1950s.

Burnette is a member of the 1 percent that doesn't market, say, frozen cherries.

Growers and companies that can't market cherries in any given year can simply save them for next year. Not Burnette. It's a processor of canned tart cherries, which "need to reach the consumer promptly."

Hence, when the CIAB tells Burnette it can't sell a percentage of its tart cherry crop, Burnette loses money.

For what purpose? The CIAB was established, at least in part, to try to stem falling consumer demand for tart cherries.

But demand has since fallen "dramatically."

And while the CIAB appears to have been unable to solve the demand problem, its existence has led to new issues.

"The restrictions have led to large amounts of cherries being imported into the U.S. from other countries," reported another Michigan-based journalist, Brendan Kinney, this week.

If this mess sounds vaguely familiar, it should. A lawsuit challenging a similarly inane USDA creation, the Raisin Administrative Board, which I wrote about here, made it all the way to the U.S. Supreme Court last year.

Justice Elena Kagan famously referred to the raisin board and its rules as "the world's most outdated law."

Still, that fact wasn't enough for the plaintiffs in the raisin case to win in court. They lost after their case was remanded to an appeals court.

That's an outrage. But there's clearly a groundswell of welcome, increasingly public opposition to stupid USDA controls on growers, handlers, processors, and other agricultural marketers. These laws are the pits. Thanks to lawsuits like the one filed by Burnette, it won't be long before courts will be forced to agree.