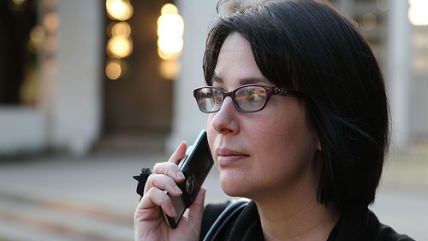 Police officers in Richland County, South Carolina are currently defending the use of a controversial investigation method that grants their departments access to thousands of cell phone users' data in the search for criminals.

The technique, in which law enforcement officials rely on what are known as "tower dumps," is an increasingly common policing tactic in local departments across the country. Following a crime, law enforcement officials locate nearby cell towers and request all of the call, text, and data transmissions that occurred during the crime from the tower's provider. The majority of the data collected belongs to individuals with no connection to the crime.

Subjecting yourself to data seizure through tower dumps is easy. Most cell phone activity connects you to a tower in a way that police can collect: making phone calls, texting, and using social media, such as Tweeting or logging into Facebook.

"So for example if you have a smart phone and you're checking your email, that would cause some communication between your cell phone and one or more cell towers," Christopher Sogohian, a principal technologist for the ACLU, told WLTX. "The police can then go back to the phone company and ask for identifying information."

Unlike many forms of data seizure, tower dumps can be executed without a warrant. In accordance with a provision of the Electronic Communications Privacy Act of 1986, law enforcement can, and often does, rely on judge-issued court orders to obtain cell-site data. Such orders don't need to meet a probable cause requirement and so are based on significantly less evidence than is required for a warrant.

According to Brian Owsley, a former judge and current law professor at Texas Tech University of Law, police can use tower dumps to collect considerably more personal information than just phone numbers and locations. In his journal article on the problems with tower dumps, he says:

Subscriber or customer information also available based on a law enforcement request may include the person's name; address; telephone call records, including times and durations; lengths and types of services; subscriber number or identity; means and source of payment, including bank account number or credit card number; date of birth; social security number; and driver's license number. Indeed, any of this information is available simply by presenting the telecommunications provider with a subpoena.

Additionally, police departments are not required to notify people when their data has been seized and can hold on to the information for long periods of time. In South Carolina, for instance, evidence control laws say that if a suspect is convicted or pleads guilty, police can keep everything they pull from a tower dump for up to seven years.

Civil libertarians have been questioning the constitutional legitimacy of tower dumps since news reports started revealing the prominence of the practice.

"To turn everybody's telephone data to the police unrelated to any suspicion of crime, I think it's an unreasonable search and seizure," said Jay Bender, a First Amendment attorney who represents WLTX.  "I don't think that's permitted by the Constitution."

After the New York Times published a shocking breakdown last year on the numbers of cell phone data requests law enforcement was submitting to cell providers, the ACLU responded with a condemnation of the practice.

Despite some government officials, like the California District Attorneys Association, describing tower dumps as "a search warrant of last resort," the practice is widespread and growing.

In 2011, AT&T and Verizon received 1.3 million requests for cell phone data (many of which were tower dumps) and filled more than 500,000 of them. Verizon estimates that over the last 5 years, law enforcement's tower dump requests have increased by 15% annually. T-Mobile reported increases of approximately 12%-16%.