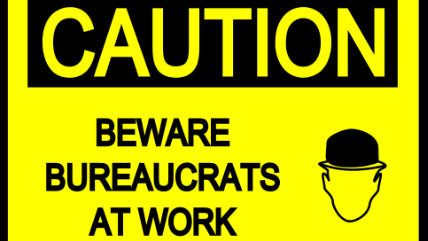 PET scanners are pretty cool. They give a 3-dimensional glimpse of the body's internal processes, allowing physicians to diagnose and observe the progress of health conditions like cancer, heart disease, epilepsy, and Alzheimer's. Hospitals are known for wanting to diagnose such things, so it's not uncommon for them to purchase PET scanners.

But 19 states and the District of Columbia require health providers to seek permission from state bureaucrats before buying a PET scanner. Obtaining this permission can take years and cost hundreds of thousands of dollars in application and attorney's fees—to say nothing of opportunity cost. After all that time and expense, there is no guarantee that permission, in the form of a "certificate of need," will be forthcoming.

North Carolina is one such state that forces health providers to submit to this kind of micromanagement. In May, two Winston-Salem-based hospital systems filed PET scanner applications. Wake Forest Baptist Medical Center already owns a scanner and uses it for medical research—and needs permission to convert it to clinical use. Novant Health meanwhile wants to build a new cancer center. Applications denied.

From the Triad Business Journal:

The state Division of Health Services Regulation rejected both proposals, saying that while both properly identified the areas that could benefit from the new scanner, there was not sufficient need to justify the cost of either proposal.

The purchase of PET scanners and other high-dollar diagnostic and treatment equipment is governed by the state's certificate of need law, which is designed to reduce the duplication of expensive medical equipment in an attempt to control health care costs.

The law may be intended to reduce costs. But does it? The evidence suggests it does not. Many states have repealed their certificate-of-need laws, but health expenditures have not skyrocketed in those states, as certificate-of-need proponents predicted.

Certificate-of-need rules do, however, keep regulators busy. Each year, North Carolina health planners produce a state health plan that purports to assess the need for PET scans, among other services. This year, the planners divined that the Winston-Salem area needed one more scanner, hence the two applications.

Novant and Wake Forest Baptist each argued that the other didn't really need a PET scanner. Apparently, they were both so convincing that neither application was accepted. If they were located in any of the over 30 states that do not restrict the purchase of PET scanners, the two hospitals could focus on competing for customers instead of competing for state favors. Alas, freedom does not reign in North Carolina.

Both providers may appeal the decision, but neither has indicated if it plans to do so.

Related vid about certificates of need: "Treat Me Like a Dog: What Human Health Care Can Learn from Pet Care: