Should Schools Be Fully Reopened in the Fall?

The Reason Roundtable weighs in on the latest coronavirus policy debate. 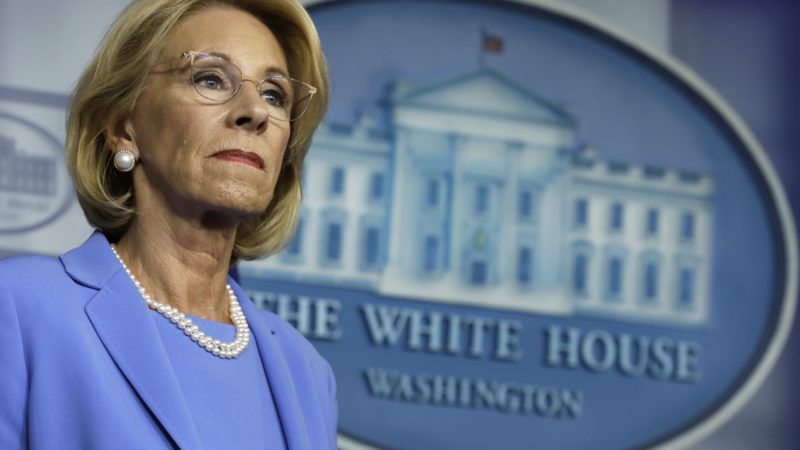 Education Secretary Betsy DeVos made the chat-show circuit on Sunday to argue that the federal government should withhold money from public K–12 schools that don't fully reopen in the fall.

"There's nothing in the data that suggests that kids being in school is in any way dangerous," DeVos told Fox News host Chris Wallace. "We know that children contract and have the virus at far lower incidence than any other part of the population, and we know that other countries around the world have reopened their schools and have done so successfully and safely, and kids there are going back to school every day. And so that has got to be the posture here. Parents are expecting that this fall, their kids are going to have a full-time experience with their learning and we need to follow through on that promise."

Music: "The Great Unknown" by Audionautix.

"Don't Force Schools to Reopen, but Don't Force Families To Pay for Closed Schools Either," by Corey A. DeAngelis

"Families Turn to Homeschooling as the Education Establishment Fumbles Its Pandemic Response," by J.D. Tuccille

"Reopen the Schools!" by Robby Soave

"President Trump's Use of the Pardon Power," by Jonathan H. Adler

"Would a Presidential Pardon for Roger Stone Be Unconstitutional?" by Jacob Sullum

"Trump's Continuing Commentary on Criminal Cases Reflects His Disdain for the Rule of Law," by Jacob Sullum

"Roger Stone Deserves a Lighter Sentence, but Not Because He Is Trump's Buddy," by Jacob Sullum

"The Reaction to the Harper's Letter on Cancel Culture Proves Why It Was Necessary," by Jesse Singal

"Are We Living in Crazytown?" by David Bernstein