Cuties and Its Critics Both Decry the Sexualization of Children

That point seems to have escaped many people who have not actually watched the controversial film, some of whom think it should banned. 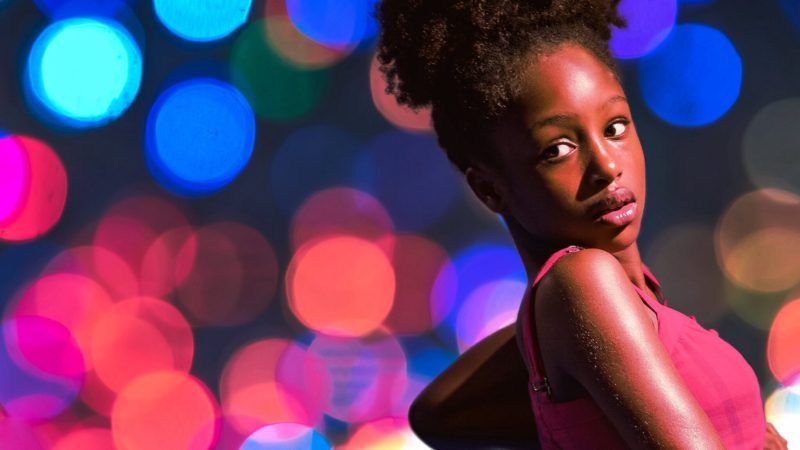 The last time I commented on Cuties, the controversial French film on Netflix that portrays 11-year-old girls who practice and perform raunchy routines for a dance competition, I was condemned as a "pedo," a "perv," a "sick individual," a "demon," and "an enemy of the people." And that was just for pointing out that Sen. Ted Cruz (R–Texas) was misinterpreting the federal ban on child pornography by suggesting that it applied to the film. At the risk of inviting further abuse from people who have not actually watched the movie, I think it's worth noting that some complaints about it, even from less rabid critics, are seriously misplaced.

Cuties not only does not fit the legal definition of child pornography; it is not the least bit salacious. To the contrary (spoiler alert), its clear message is that the protagonist and her friends are confused and engaging in age-inappropriate behavior. The audience at the dance competition is visibly and audibly appalled by their twerking, and the central character, Amy, tearfully realizes in the midst of the performance that she is trying to grow up too fast and has been too quick to reject the culture and values of her family, Muslim immigrants from Senegal. She runs home, hugs her mother, and changes out of her skimpy outfit. The last image in the film is Amy joyfully jumping rope with kids in her neighborhood, an unmistakable clue that she has decided to remain a child rather than aping the risqué behavior of the adult performers she sees on social media.

In short, Cuties does not promote dirty dancing by 11-year-olds or present it as liberating for Amy once the initial thrill of defying her family's authority is gone. Her involvement with the dance troupe causes serious problems and anguish, which ultimately lead her to change course. All of this is consistent with director Maïmouna Doucouré's avowed intent and with Netflix's description of Cuties as "a social commentary against the sexualization of young children." After watching the movie, my wife, a rabbi, said she could see using it with parents and older teenagers as part of a lesson in the challenges of growing up in a hypersexualized society without clear and consistent adult guidance.

As the father of three daughters, I have long been disturbed by the cultural tendencies that both Cuties and its critics decry, which extend to creepy beauty pageants featuring prepubescent children as well as the more explicitly sexual dance moves portrayed in the film. I don't want my kids to dance that way, and I would not let them watch a movie like this until they were mature enough to understand the issues it deals with. At the same time, it is hard to imagine a serious cinematic treatment of the subject that does not at some point show what that sort of behavior entails.

I understand and sympathize with the concerns of people who think it is always wrong to have children perform dance routines like these, even in the context of a film that portrays such behavior as deeply troubling. I am less impressed by the argument that people who are sexually attracted to children will like the film, a sort of pedophile's veto that would put the kibosh to many worthwhile movies. Whatever your take on Cuties, the idea that no one should be allowed to see it, which is the implication of Cruz's argument, is plainly inconsistent with the First Amendment, which requires tolerating all manner of controversial speech, no matter how much vituperation it provokes on Twitter.