Judge to FBI: You Should've Gotten a Warrant Before Turning On That Phone

Plus: Virginia decriminalizes marijuana, it's not Trump's call whether we close the country again, and more… 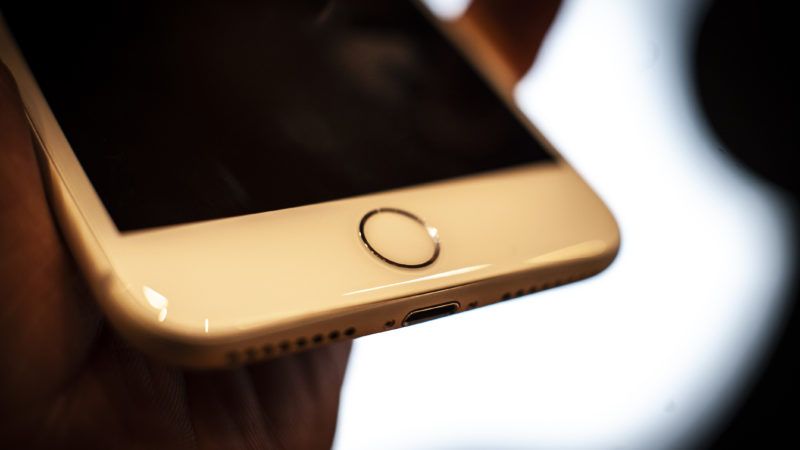 Turning on someone's cellphone counts as searching it, according to a new federal court ruling. This means that for law enforcement officers, merely pressing a phone's on button and looking at the screen could require a warrant.

"Generally, courts have held that law enforcement can compel you to use your body, such as your fingerprint (or your face), to unlock a phone but that they cannot compel you to share knowledge, such as a PIN," notes Kate Cox at Ars Technica. "In this recent case, however, the FBI did not unlock the phone. Instead, they only looked at the phone's lock screen for evidence."

The case involves a man in Washington state named Joseph Sam, who local police arrested in May 2019. At the time, the cops confiscated his Motorola smartphone and turned it on yet didn't unlock the phone or search it. But this past February, FBI agents turned on Sam's phone and took a picture of the locked screen—which displayed the name Streezy—for use as evidence in a robbery case against Sam.

Sam's lawyer objected, suggesting that the FBI needed a warrant to look at the phone and, since it had not had one, that any information the FBI gained front Sam's phone screen should be suppressed.

In a May 18 decision, John C. Coughenour of the U.S. District Court for the District of Seattle noted that there was a legal difference between what local cops had done in this case and what the FBI did:

The local cops' examination of the phone, Coughenour explained,

may have been a search incident to arrest or an inventory search—two special circumstances where the Government does not always need a warrant to conduct a search. Unfortunately, the Court cannot decide whether the police needed a warrant because the circumstances surrounding the police's examination are unclear.

The FBI actions are a different matter:

The Fourth Amendment protects people from "unreasonable searches and seizures" of "their persons, house, papers, and effects." The default rule is that a search is unreasonable unless conducted pursuant to a warrant.

This default rule makes the term "search" critically important because the term's definition often dictates when the Government needs to obtain a warrant. Over time, the Supreme Court has defined "search" in two distinct ways. The first establishes a "baseline" of Fourth Amendment protections: the Government engages in a search if it physically intrudes on a constitutionally protected area to obtain information. The second definition expands Fourth Amendment protections beyond notions of property. Under that definition, the Government also engages in a search if it intrudes on a person's reasonable expectation of privacy.

Here, the FBI physically intruded on Mr. Sam's personal effect when the FBI powered on his phone to take a picture of the phone's lock screen….The FBI therefore "searched" the phone within the meaning of the Fourth Amendment.

Since it did this without a warrant, the judge ruled, "the search was unconstitutional."

"We are not going to close the country" again. Once again, President Donald Trump is pretending that he has the authority to dictate whether companies across the country can operate. At a Thursday press conference, Trump told reporters that no matter what happens with COVID-19, "we are not closing our country" again.

"We are going to put out the fires," Trump said. "We're not going to close the country."

For months now, Trump has been acting like he has the authority to make this call. But the law is clear on this: Whether businesses can open—and what precautions people must take to use them—rests with state and local leaders. Trump can offer them advice on what to do, and he can rant and rave on TV and Twitter to his heart's content, but the decisions are not his to make.

Alas, a lot of the press likes to play along with the president's delusions. For weeks, we were regaled with stories about how Trump was forcing meat processing plants with infected employees to get back to business. It wasn't true.

• No, it's not true that one in three children coming across America's southern border are victims of sex trafficking (despite the ridiculous claims of the perennially truth-challenged folks at Prager U).

• More than a third of the people who have COVID-19 are asymptomatic, according to the Centers for Disease Control and Prevention (CDC). In addition, the agency's "best estimate" is that 0.4 percent of people with COVID-19 systems will die.

• At both the CDC and some state health departments, the authorities have been lumping together tests for active COVID-19 infections with tests for COVID-19 antibodies. This skews the data in several important ways.

• The FBI is investigating the police murder of Breonna Taylor.

• Despite being the first state to start reopening, "Georgia now leads the country in terms of the proportion of its workforce applying for unemployment assistance," reports Politico.

• Facebook announced yesterday that it will let most employees continue to work from home—wherever that home might be—indefinitely, although workers switching from San Francisco to lower-cost-of-living locales may have to take a pay cut.