The amendment lost by one vote. Absent from today's vote? Sen. Bernie Sanders. 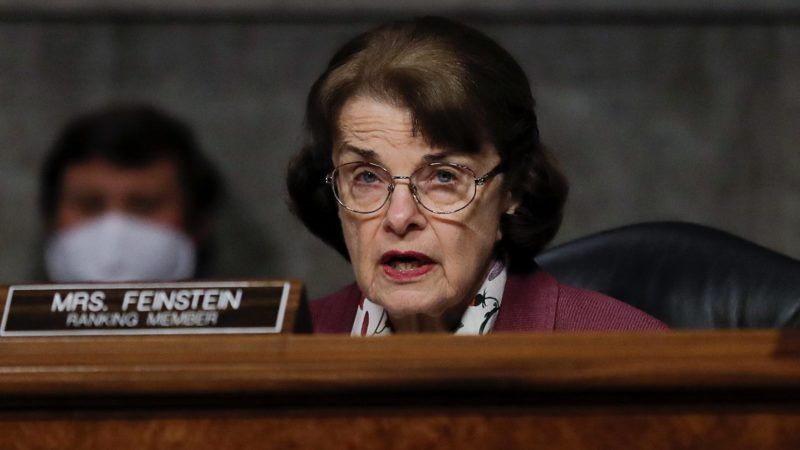 An amendment that would forbid the feds from accessing Americans' web browser and search history without a warrant died by just one vote in the Senate today.

By a vote of 59-37, Senators declined to accept an amendment by Sen. Ron Wyden (D–Ore.) and Sen. Steve Daines (R–Mont.) to a bill reauthorizing the expired USA Freedom Act. As part of resurrecting the Freedom Act, several lawmakers are attempting to push through reforms to better protect Americans from unwarranted, secret searches authorized through the Foreign Intelligence Surveillance Act (FISA) Court.

The proposed amendment by Wyden and Daines simply prohibited using the section of the law allowing for third-party data collection to include web browser and search history information. This amendment would only protect American citizens and only covered warrantless searches.

Still, Senate Majority Leader Mitch McConnell (R–Ky.) opposed the amendment and even circulated a rival amendment that would specifically amend the law in the opposite direction and make it clear that these records were permitted for search targets.

The amendment required 60 votes to pass and fell short by just one vote. The split was not entirely partisan. In fact, 10 Democrats helped McConnell bring the amendment down. Among them were national security state fan Dianne Feinstein (D–Calif.), former vice-presidential candidate Tim Kaine (D–Va.), and Sen. Mark Warner (D–Va.).

But more important was the identity of one of the four senators who didn't vote: former Democratic presidential candidate Bernie Sanders (I-Vt.). The amendment lost by a single vote. Had he been there, maybe things would have turned out differently.

Read the roll call for the amendment here.

In better news, another reform amendment offered by Sens. Mike Lee (R–Utah) and Patrick Leahy (D–Vt.) passed this afternoon by a vote of 77-19. Their amendment bolsters the independent amicus curiae process for the FISA Court, which allows the court to name independent advisers to advocate on behalf of the rights of people targeted by FISA Court investigations. We saw the value of these independent advisers last year when the court went back to evaluate what went wrong with the warrants used by the FBI to justify wiretapping Carter Page, a former aide to Donald Trump during the 2016 presidential election. David Kris, appointed by the court to review the process, pushed back against the FBI's attempt to classify the flaws of the warrant applications as training issues and called for stronger procedures to verify the accuracy of warrant requests.