Since Adolescent Drug Use Trends Are Otherwise Unalarming, Let's Freak Out About Vaping

The government and the press focus on newfangled contraptions instead of drug-related harm. 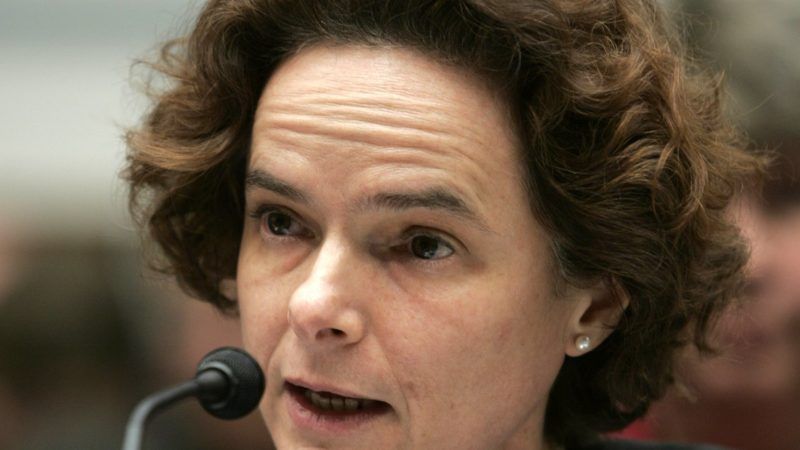 Between 2018 and 2019, according to the latest results from a government-sponsored survey, illegal drug use rose slightly among eighth-graders and 10th-graders while falling slightly among 12th-graders. None of the changes was statistically significant, and the story for marijuana is similar. Meanwhile, drinking and smoking continued to fall in all three grades, and there were statistically significant drops in heroin use by 10th-graders and prescription opioid use by 12th-graders.

If you are thinking there is not much cause for panic in those findings, you are of course wrong. The press release about the Monitoring the Future Study, which is funded by the National Institute on Drug Abuse (NIDA), highlighted increases in vaping, and so did the New York Times story,  because that is what public health officials, politicians, and journalists are freaking out about lately.

"Increases in adolescent marijuana vaping from 2018 to 2019 ranked among the largest single-year increases ever observed by Monitoring the Future in the past 45 years among all outcomes ever measured," the University of Michigan researchers who conduct the survey breathlessly report. "Nicotine vaping in the last 12 months also significantly increased in 2019."

Those results, according to lead investigator Richard Miech, show that "current policies and procedures to prevent youth vaping clearly aren't enough." Hence "we need new policies and strategies to prevent unscrupulous businesses from making billions of dollars by addicting children to nicotine." You can be pretty sure those "new policies and strategies" will not be good for the millions of Americans who have switched from smoking to vaping, or the millions of others who might be interested in following suit. The leading proposals include bans on e-liquid flavors, which eliminate the options that former smokers overwhelmingly prefer, and an outright ban on e-cigarettes, which the American Medical Association has endorsed.

Times reporter Matt Richtel's take on the survey results is similar to Miech's. "Teenagers are drinking less alcohol, smoking fewer cigarettes and trying fewer hard drugs," he writes. "But these public health gains have been offset by a sharp increase in vaping of marijuana and nicotine" (emphasis added).

That is an odd way of framing the data. This year the prevalence of past-month marijuana vaping, which the survey first asked about in 2017, rose from 7.5 percent to 14 percent among 12th-graders, from 7 percent to 12.6 percent among 10th-graders, and from 2.6 percent to 3.9 percent among eighth-graders. Those are all substantial and statistically significant increases. But overall marijuana use stayed pretty much the same, so we are mainly talking about a shift in modes of consumption.

Should we be alarmed by that shift? There are legitimate reasons to be concerned about the potential hazards of black-market cannabis extracts, especially if they contain vitamin E acetate, a cutting and thickening agent that has been implicated in the recent outbreak of vaping-related lung injuries. But leaving aside that government-engineered danger, vaping is a less risky route of administration than smoking, because it does not involve sucking combustion products into your lungs.

That is especially true if you are comparing nicotine vaping products to conventional cigarettes, which are indisputably much more hazardous. This year the prevalence of past-month cigarette smoking reached record lows among high school sophomores and seniors. Since 1997, that rate has fallen from 36.5 percent to 5.7 percent among 12th-graders—an 84 percent drop. Furthermore, the downward trend accelerated as the popularity of e-cigarettes rose.

To the extent that we are witnessing a shift from smoking to vaping among teenagers, that is manifestly a positive development in terms of health risks. It therefore makes little sense when The New York Times says the increase in vaping "offset[s]" the decrease in smoking, just as it makes little sense when public health officials say "past progress in reducing youth use of [tobacco] products has been erased" by the recent surge in e-cigarette use.

"One of the reasons they are embracing these devices is because they are new technology," NIDA Director Nora Volkow worriedly tells the Times. "It resonates." But if the welfare of teenagers is the main concern, the government and the press should be focusing on drug-related harm rather than newfangled consumption methods. A different calculus applies, of course, if the main concern is justifying budgets and grabbing readers' eyeballs.