As Times Change, the FBI's Snoopy and Heavy-Handed Ways Continue

The bureau has a long history of escaping accountability for intrusive and abusive action. 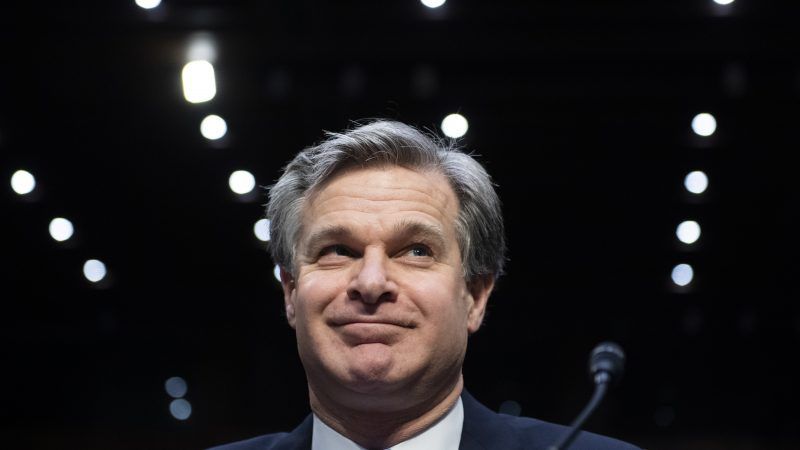 The FBI is in the news a lot these days over its role in the investigation of alleged ties between Donald Trump's successful 2016 presidential campaign and the Russian government. But long before Americans debated whether the federal law enforcement agency was a righteous tribune of the people or a meddling agent of the Deep State, the FBI was something else: a nosy and unaccountable domestic enforcement agency that, by rights, should send chills down the spines of people of all political persuasions—especially since the bureau's heavy-handedness continues to this day.

The San Francisco Police Department (SFPD) pulled out of a local Joint Terrorism Task Force (JTTF) with the FBI in 2017. At the time, the move was widely portrayed as an effort to shield immigrants and the Muslim community from the Trump administration, and that certainly played a role. But internal FBI documents obtained by The Intercept show that there was more at stake.

City officers who participated in the JTTF were simultaneously subject to city ordinances and the feds' Domestic Investigations and Operations Guide (DIOG), both of which are enforceable against violators. That caused serious problems when local rules protective of civil liberties ran up against federal regulations that sought to keep a tight cap on everything in sight.

Police officers failing to comply with San Francisco police rules could be disciplined or fired, the document continues. But compliance with those rules could get them criminally prosecuted by the feds.

Given the number of cases the JTTF took on that invoked First Amendment concerns, participating cops were stuck in a Catch 22, having to decide which jurisdiction's rules to violate, and hoping for higher-ups to have mercy.

So, San Francisco pulled out of the JTTF, followed by Portland, Oregon, a year later, in moves largely portrayed as confrontations between sanctuary cities and a nativist administration. But, while Portland nodded toward current political conflicts over immigration in its announcement severing ties with its JTTF, it also added that "Freedom of Information Act requests filed by ACLU affiliates in 2004, 2005, and 2006 revealed that the JTTF collected information on peaceful political activity."

"If the FBI is willing to target activist groups that do nothing more than feed our houseless communities, there is no limit to what political activities they will deem worthy of excessive investigation," says the website of Portland Commissioner Jo Ann Hardesty.

With regard to San Francisco's decision, "the issues raised by the white paper also precede the current president, reflecting the FBI's post-9/11 transformation into a secretive domestic intelligence agency and the challenges that creates for municipal police departments eager to cooperate with the feds but less capable of shielding themselves from local accountability by invoking 'national security' claims," according to The Intercept's Ryan Devereaux.

The conflicts extend beyond Portland and San Francisco.

"Clashes are erupting between local and federal officials over the hundreds of joint task forces that operate around the country," notes The Marshall Project, which reports on the criminal justice system:

The problem, police officials say, is that local cops assigned to joint task forces are not bound by department rules, such as wearing body cameras, which the feds have prohibited. The FBI and U.S. Marshals allow the use of deadly force if a person poses an 'imminent danger,' using a definition that is less strict than many police departments'… Task-force members are also immune to civilian lawsuits in a way that regular officers are not.

Concerns about over-the-top FBI conduct and minimal accountability sound awfully familiar to anybody with some knowledge of history.

"The FBI … has placed more emphasis on domestic dissent than on organized crime and, according to some, let its efforts against foreign spies suffer because of the amount of time spent checking up on American protest groups," the Senate's Church Committee complained in 1976. "As intelligence operations developed … rationalizations were fashioned to immunize them from the restraints of the Bill of Rights and the specific prohibitions of the criminal code."

The post-9/11 environment, as The Intercept's Devereaux suggests, seems to have breathed new life into the FBI's old ways when it comes to monitoring peaceful conduct and shielding itself from scrutiny and consequences. That's true of the task forces, but also of modern electronic surveillance.

"A federal judge secretly ruled last year that [FBI] procedures for searching for Americans' emails within a repository of intercepted messages that were gathered without a warrant violated Fourth Amendment privacy rights," The New York Times reported last month.

The judge's ruling—upheld by a three-judge appeals panel—required the FBI to distinguish between searches that sought information on Americans, and those that pertained to foreigners. He also told the FBI to document, in writing, how its search terms met the standard of being likely to return foreign intelligence information or criminal evidence—as opposed to a fishing expedition, presumably.

That would be a judge in the same Foreign Intelligence Surveillance Act court that approved FBI surveillance of one-time Trump aide Carter Page, infuriating the president's supporters in the process and fueling current political controversy over the bureau. Page's surveillance case might or might not have been justified, but it was just one among many.

"The idea of requiring agents to document their rationales for searching for an American's information emerged from several recent episodes in which the Justice Department reported to the court that the F.B.I. had conducted improperly sweeping searches of the repository," the Times added.

"Improperly sweeping searches" sounds an awful lot like the "excessively broad, ill-defined and open-ended investigations" the Church Committee hoped to curtail back in 1976. Despite the fond hopes of reformers of the past, the FBI continues to be intrusive and heavy-handed in its actions, and resistant to scrutiny and correction.

The political controversies of the moment will eventually pass, but they're unlikely to sweep away concerns about the FBI. If history is any guide, the bureau will still be running amok years from now.