Plus: Court says scraping social media profiles is not hacking, and more... 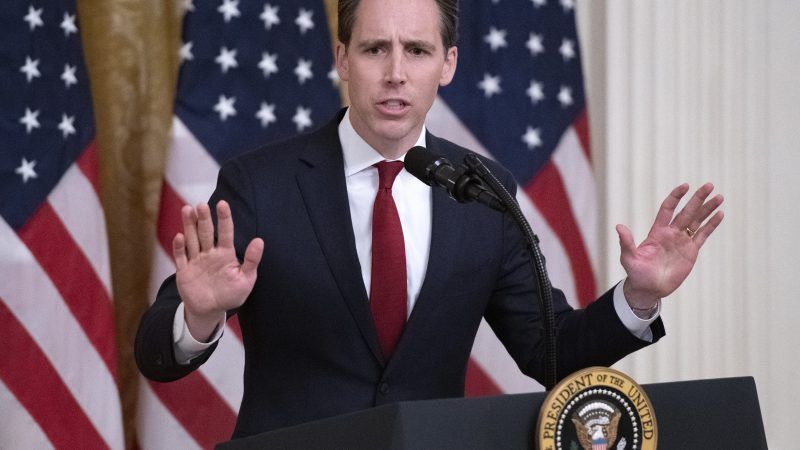 The basic idea behind their "Augmenting Compatibility and Competition by Enabling Service Switching (ACCESS) Act" is that it should be easier for social media users to move their personal data between platforms, and that as a result of this we would see greater competition in this realm. It's one of those ideas that doesn't seem terrible at first, but falls apart upon any examination.

Even if it were technically feasible, most of the market-dominant social media sites these days don't really lend themselves to simply transferring your profile or posts from one to to another. They're designed for different functions. They have different aesthetics. Not everyone you tagged or talked to on one is in the other.

In other words, nobody has been asking for a way to take all their tweets to Instagram.

What people tend to want is a way to easily download all of the content and communications they've put on a platform (something Facebook, Twitter, Instagram, and most prominent social platforms already provide) and perhaps an easy way to transfer that to a very, very similar platform. Versions of the existing options without all of their bullshit.

We have seen a lot of these spring up and languish. But the downfall of these upstart competitors isn't because it's too hard to create a new account or because people can't easily populate these new accounts with all their old status updates, college photos, and pokes. It's that the new versions don't, and will never have, all the same networks and audiences one was used to on Facebook, Twitter, and their generation of social media. And so far, no one has built one demonstrably better enough than what they're imitating to convince people to make the switch in big enough numbers. In a way, there's no way they can without making some significant innovations.

TikTok currently provides a good counterargument to those who think there's no way any new social media can break in. Recent history is full of similar stories. But the key is that when new social apps do break through, it's by doing something different. At least different enough that being able to schlepp over your whole Facebook account will be of no use.

Beyond being pointless, however, the Blumenthal-Hawley-Warner bill could also be dangerous. Some tech policy folks warn that it making it quick and painless to transfer whole social media histories and profiles between platforms could make it much easier for scammers and harassers to impersonate people online. Making everything easily portable can conflict with user privacy (and, sometimes, government-imposed privacy rules).

I keep having to point this out. When you order platforms to "protect" privacy, while at the same time demanding they cough up data, you're going to run into problems. The fact that almost no one understands "privacy" is creating more privacy problems than it solves. https://t.co/mAzpMbMivx

Axios suggests that "allowing users to export their data—like friends lists and profile information—could give rival platforms a chance at competing with Facebook or Google's YouTube." But profile information on most social these days is barely a few bits of basic information; exporting your friend or follower lists only works if your friends or followers are also migrating with you and a lot of the big platforms already give you a way to sync your friend lists or contacts if you want.

One of the only significant effects of this legislation would be the mandate that all sorts of user-generated content platforms be interoperable in specific ways—a technological feat and extra cost that could actually inhibit the development of smaller competitors to what we have now.

Facebook, Google, Apple, and Twitter are already working on a data-sharing venture with each other. It's not "Big Tech" who will suffer most under data-portability mandates.

The new bill would also require big platforms—any with more than 100 million monthly users in the U.S.—to make their interfaces "interoperable."

Facebook and other many tech firms support data portability in principle, and in practice to some extent. You can already download your data from many of these services, but right now there's not much of a framework to directly transfer the data to a rival platform.

Axios likens all of this to a 1996 law mandating "number portability":

requiring carriers to allow consumers to keep their phone numbers when switching to a new carrier. It is widely credited with promoting more competition between phone companies and allowing new entrants to compete on price and plan options.

Warner, who spent a large part of his career in the wireless industry, believes data is similar to phone numbers in making consumers feel locked in to a single platform.

Besides this being a technologically silly analogy—it's almost infinitely more complicated to make countless unrelated digital systems interoperable than is is to transfer one number between companies already assigning and reassigning this number all the time—it also ignores the fact that phone numbers started out non-duplicative.

Different people have the same account names at different digital venues all the time. How do you just let someone take their username with them if it already belongs to someone else, or maybe various people, across the internet? What kind of problems could trying to import this data create? Even something as simple as a username poses problems here that phone companies didn't have to grapple with.

"Your data is your property. Period. Consumers should have the flexibility to choose new online platforms without artificial barriers to entry," said Hawley in his statement.

One more time: Consumers can already can download their data from these platforms and do whatever they want with it, including use it to build a new profile elsewhere. They just can't demand that innumerable digital entities somehow find a way to let them take their Facebook profiles everywhere forever. What Hawley is talking about isn't you owning "your data," it's about forcing a vast array of services and platforms to comply with intense-to-impossible government demands—with very little foreseeable benefit to either internet users or tech platform competition.

You want data portability? You got it:
Ninth Circuit holds that scraping publicly available information doesn't violate CFAAhttps://t.co/Zu1RknIFgV
Next week on the Cyberlaw Podcast?

"'Hate speech', a short-hand phrase that conventional international law does not define, has a double-edged ambiguity." This is the first sentence in @davidakaye's report launched today: for full report, go here https://t.co/ICoIZiEpun #UNGA #UNGA74 #HateSpeech #challenge