Your Secrets Are Not Safe With Anyone

A cellphone tracking case gives SCOTUS a chance to reconsider a doctrine that threatens everyone's privacy. 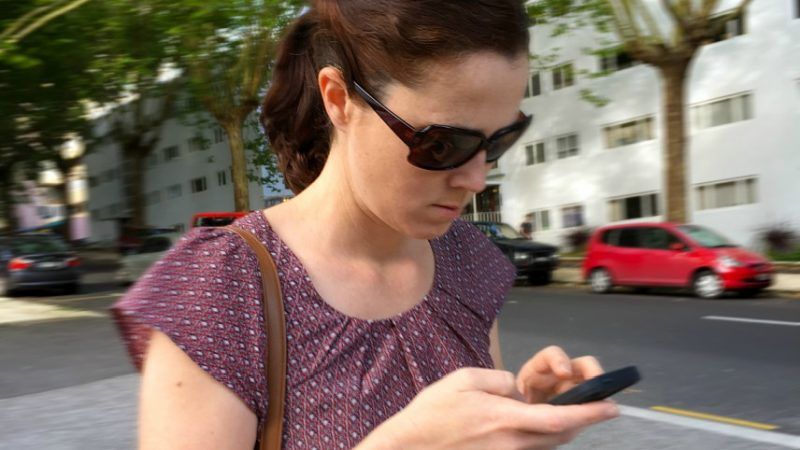 Timothy Carpenter specialized in stealing cellphones, the same devices that betrayed him. Based on four months of cellphone location data from the companies that provided Carpenter's mobile phone service, the FBI placed him near four stores while they were being robbed.

Carpenter argues that the FBI should have obtained a warrant before looking at those records. His case, which the Supreme Court will hear today, gives the justices a chance to reconsider a misbegotten and increasingly obsolete rule that threatens everyone's privacy in an age when people routinely store large volumes of sensitive personal information outside their homes.

That rule, as summarized by the Court in a 1976 case dealing with bank records, holds that "the Fourth Amendment does not prohibit the obtaining of information revealed to a third party and conveyed by him to Government authorities, even if the information is revealed on the assumption that it will be used only for a limited purpose." The "third-party doctrine" means the Fourth Amendment's ban on unreasonable searches and seizures imposes no restrictions whatsoever on the government's power to examine the most intimate details of your life should you be foolhardy enough to entrust them to someone else.

On its face, this license applies not just to cellphone records, which given modern habits can show where you are and where you've been at almost any given moment, but to remotely stored email, text messages, calendars, browsing and shopping histories, documents, photographs, videos, and audio recordings. Under the third-party doctrine, all of this material receives only as much protection as legislators decide to give it.

No wonder that Justice Sonia Sotomayor was moved to suggest in 2012 that "it may be necessary to reconsider the premise that an individual has no reasonable expectation of privacy in information voluntarily disclosed to third parties." As Sotomayor noted, "This approach is ill suited to the digital age, in which people reveal a great deal of information about themselves to third parties in the course of carrying out mundane tasks."

The Court decided that case, which involved a suspected drug dealer whose movements police monitored for a month via a GPS tracker attached to his car, based on the trespass required to plant the device. But five justices endorsed the view that tracking someone for as long as a month reveals so much personal information that it qualifies as a search under the Fourth Amendment even if it does not involve a physical intrusion.

While that position makes considerable sense as far as expectations of privacy go, defining a search based on the length of surveillance or the quantity of information collected requires distinctions that are bound to be fuzzy, arbitrary, or both. A brief that the Institute for Justice filed in Carpenter's case suggests a more promising approach.

Drawing on the work of law professors William Baude (University of Chicago) and James Stern (William & Mary), the I.J. brief recommends a "positive law model" based on the principle that "when government officials use their power to obtain information in a manner that would be prohibited for private actors, those officials must demonstrate the reasonableness of their actions under the Fourth Amendment." That approach, I.J. notes, "is far more protective of an individual's privately shared information than the current Third Party Doctrine."

Since federal law prohibits cellphone companies from disclosing location records to private parties "without the express prior authorization of the customer," a police demand for that information would clearly implicate the Fourth Amendment, and in all likelihood require a warrant, under the positive law model. The same would be true of any other information that private parties cannot legally obtain without the subject's consent.

The basic idea is that when the government claims a special privilege to collect information about us, it should have to justify its demand as reasonable under the Fourth Amendment. Without that justification, the government is no better than the average voyeur or hacker—and considerably more dangerous.