"Life would be noticeably dimmer without REASON": Reason Supporters, In Their Own Words! 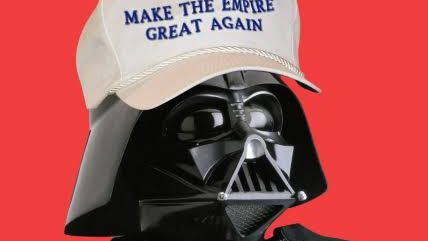 With about a day and a half to go, Reason's annual webathon is motoring along. This year, we're looking for readers of Reason.com to give us $250,000 in tax-deductible donations Reason Foundation, the 501(c)3 nonprofit that publishes this website, Reason magazine, and Reason TV. To date, we've got almost 900 donors who have given three-fifths of our total. Go here for giving levels, associated swag, and more details (such as how to donate in Bitcoin, because we don't just write about the future, we actively participate in its creation).

I'm happy to share some comments from supporters about why they give their hard-earned dollars to Reason. As somebody who has been reading Reason since some point in the late 1970s or early '80s, and who has worked here since October 1993, all I can say is that I totally understand the good vibrations you're sending toward us. And that I'm totally humbled to be part of something that started out so humbly back in 1968 and has grown into something much, much bigger. The world is ours for the taking, folks, with libertarian logic still providing a clear guide forward into a great future even as conservatives and liberals, Republicans and Democrats, and the like start trying to lock the borders, gun sales, speech, technological innovation, you name it.

Some of the highlights from recent comments by donors:

"I think life would be noticeably dimmer without REASON.  So I'm herewith boosting my donation. Thank you. Keep it up."

"I'm a college student that has learned more from Reason TV, as opposed to 4 years in the classroom. I appreciate this a lot."

"Thank you for continually pushing the movement forward. "

"Reason Magazine is the best!"

"Keep educating the young…they need all the post-education they can get when it comes to learning about freedom."

We take our task seriously, even though we have plenty of on-the-job fun. Among our goals: to provide a vibrant, thoughtful community for existing libertarians; to help create the next generation of libertarians; to make sure the most-interesting and mind-blowing insights from a "Free Minds and Free Markets" perspective are represented everywhere politics, culture, and ideas are discussed; and to influence our peers in the media.

So it's always great to get comments such as these:

"You keep me sane. My life was ruined by government overreach. After that, a friend referred me to Reason. I became a registeted  Libertarian and have never looked back. I only wish I  could do more. I may never get back on my feet, but I  am proud to subscribe and give what I can. THANK YOU FOR ALL YOU DO!"

"Thanks Guys. It's not just libertarians that support your site.  Us LEFT-ies love you guys as well!!! REASON.COM is by far, my favorite site. Thanks Guys."

"Keep up the great work. You guys are an island of sanity in a sea of small minded drivel."

"I was turned on to Reason 3 years ago by a friend and have come back everyday since to read the great articles in Hit and Run. I have come to appreciate the fact that, while I may not agree with everything that is written, all of it is in the spirit of free minds and free markets. Keep up the great work."

"Please accept my humble donation of $200 as I have not yet won the state's regressive-taxation lottery or made myself into a self-made million/billion/zillionaire. In case I do make it, please let me know where is a good source for libertarian monocles."

Also humbling: The sheer number of people who opted out of gifts or swag, insisting instead we just take your money and put it all toward creating more journalism.

More than a few of you expressed your solidarity with us as we battled a ridiculous and punitive subpoena and gag order from the U.S. District Court for the Southern District of New York back in June. Let me tell you that the overflowing support from our readers and people in the media made a huge difference for us as we stood up the feds on that score.

So comments like these hit an especially sweet spot for us this year:

"As always, keep up the excellent work, and I will continue to lurk below the fold in the comments and try to avoid getting indicted for threatening federal employees with lawn and garden equipment."

"…P.S. Your comment section is insane and and full of funny/crazy people. I was truly impressed how Reason pushed back on the witch hunt last summer and fought to keep comments protected and anonymous. Keep those wood-chippers humming!"

In fact, even as the great Ken White of the Popehat blog (which helped shine the first public light on the subpoena and gag order) referred joshingly to "the blowhard stupidity of [Reason.com's] commenting peanut gallery," one of the things we're most proud of at Reason.com is our willingness to let readers engage in direct conversation with our writers and our readers.

And with that in mind, I'd be remiss if I didn't add this donor comment:

"Gillespie's 'takedown' of Ted Cruz' post-Colorado-shooting comments [was] quite lame.  Otherwise, keep up the good work."

We will try, gentle readers, we will try, for as long as you keep directing your "blowhard stupidity" our way.

This webathon ends Tuesday, December 8 at midnight Eastern time. So please check out our donations page NOW. And add your comments—and dollars!—to those of other donors!

Here's an interview we did with Ken White after the subpoena of reader information was over and done with. The fight for free speech has rarely been more stark—or more important.