And how Uber winning can be a win for almost everyone. 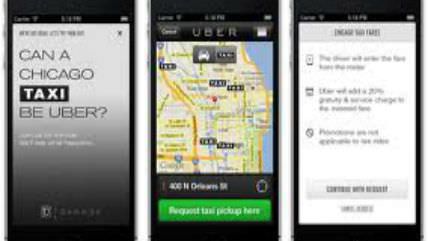 Slate last week used public record access requests to tell a nicely detailed story of how Uber sometimes wins in their disputes with municipalities who want to restrict their ability to operate, in this case in San Antonio, Texas.

Slate thinks it's talking to an audience of Lawful Good busybodies who will be offended at quasi-civil-disobedience in the name of free operation of a business and free employment for its contractor-drivers, framing them as "tantrums," but you can look at the story as more inspirational than something to tut-tut.

Uber stormed out of San Antonio on April 1, shortly after its first anniversary there. Prolonged negotiations with city regulators had failed to produce the precise operating agreement that Uber was seeking, and the company was having none of it….

Uber did its usual trick of trying to gin up public furor, which often works because the public really likes being able to use Uber. After that first year of operation in good ol' San Antone, Uber was facilitating tens of thousands of rides monthly. In the end, Uber got a legal deal with San Antonio that both company and city are claiming they are happy with.

Some of the details of what they were fighting over:

San Antonio wanted Uber drivers to submit to fingerprinting and random drug tests. Uber felt those requirements were too burdensome and would deter people from signing up to drive on the platform. San Antonio had already made concessions on several other issues—agreeing to most of what Uber laid out on insurance policies and driver permitting—but on fingerprinting and drug testing, local officials were unwilling to budge. The two parties were also haggling over money. San Antonio had originally penciled in a fee structure similar to the ones for taxi and limousine services: $15 for a driver permit, $15 to renew a driver permit, $28 for reinspection, and so on. Uber felt strongly that its drivers shouldn't have to pay fees.

Slate mockingly writes: "Uber, in the spirit of collaboration we've come to expect from the company, got just about everything it wanted…steamrolling local governments, play[ing] its brash brand of politics—in this case, privately working with San Antonio legislators and regulators on a compromise while publicly blasting the threat of regulation."

Seems Uber communicated the seriousness of its intentions to city council members, city managers, and lawyers, fighting to keep any possible fingerprinting and drug testing sunsetted, and to keep any records of such tests as proprietary.

In the final version of the agreement, submitted in advance of the City Council meeting, the two sides appeared to reach a compromise. On fees, Uber would pay a flat fee of $25,000, which would cover half of the city's estimated administrative costs for setting up and accommodating ride hailing. (Uber competitor Lyft, which was engaged in simultaneous negotiations with San Antonio on many of the same points, would pay the other half.) The city struck pre-employment drug tests for drivers, a requirement of the December ordinance, from the terms in favor of randomly drug-testing 10 percent of them over the course of a year. Drivers would also be given a 14-day grace period to get fingerprinted….

Then, in the perspective of a quoted city official, they felt Uber sold them out by going public with the fact that they felt even some of those requirements wouldn't fly; in a public statement from Uber at the time, the company complained that:

The anti-competitive provisions of the ordinance remain intact—many of them requiring drivers to spend time and money jumping through municipal hoops to achieve objectives already accomplished by the Uber platform…Even with the proposed changes, this regulatory framework remains one of the most burdensome in the nation and stymies our ability to operate in San Antonio. This is why we asked the city to repeal the entire ordinance and replace it with smart regulations similar to those adopted by nearly two dozen other jurisdictions, including Austin. Without a full repeal, we will be forced to leave town.

does not require drug testing for drivers, nor does it say anything about fingerprinting. (….the parties reached a sort-of compromise on the latter—drivers can elect to get fingerprinted, which will earn them a special certification from the San Antonio Police Department on their Uber profiles.) The agreement also doesn't include any driver-specific fees, though Uber will pay the city a prorated operating fee of $18,750 to cover those nine months. All in all, the terms look almost exactly like what Uber wanted, and very little like what San Antonio originally proposed.

Again, while the whole story is framed as if we should be ashamed at Uber for its "tantrums" and its "strong-arm[ing] local regulators and affect[ing] hysterics in cities across America," in fact it is city regulators generally in the thrall of ancient taxi interests who have the actual power to "strong-arm" citizens and drivers to get what they want. Not sure what's wrong when those bullies don't get their way.

In other Uber world news, seems Portland, another city where Uber had to fight its way in, has seen apparent entire new markets in meeting people's transportation needs open up, as total for-hire rides in a town where Uber and Lyft now legally operate and previous caps on taxis have been removed have gone up 40 percent.

I wrote a feature on the early stages of Uber and Lyft's regulatory fights across the nation in Reason's November 2014 issue.