Shouldn't it get some points for combating global warming though? 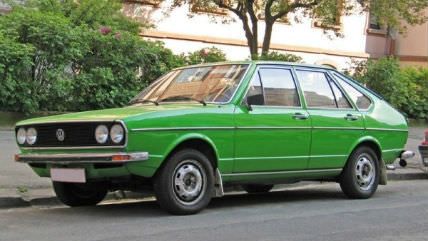 certainly the biggest scam in the history of cars. Apparently, VW had installed a "defeat device" or software that was programmed to curb the smog-producing nitrous oxide emissions of its small diesel cars such as Audis and Passats etc when they were being tested in a lab – only to belch these ozone-generating gases with abandon on roads. All of this allowed VW to keep its car costs low and performance high compared to its competitors.

Much to everyone's amazement, given that everything Winterkorn says can and will be used against him to impose $18 billion in fines (four times the net pretax income of the company) and criminal indictments, he issued a mea culpa. He didn't even try to hide behind a fig leaf – which suggests that there isn't one. In his resignation statement, he said: "I was shocked by the events of the past few days… I am stunned that misconduct on such a scale was possible in the Volkswagen Group."

So are we, Winterkorn.

But here's the thing: Diesel has nitrous emissions but it also posts 30 percent better fuel economy than gas engines. So, to the extent that VW sold more diesel engines through its scam, it helped curb the greenhouse gas emissions of its gas rivals.

One basic fact to understand here is that there are two main types of combustion engines widely available today: diesel and gasoline. And there are real trade-offs to each.

Diesel engines have long been popular in Europe, and one of their major advantages is fuel economy. Diesel fuel contains more energy per gallon than gasoline, and the diesel engines work more efficiently. Put it together, and the typical diesel car can travel up to 30 percent farther on a gallon of fuel than its gasoline counterpart.

Winterkorn could try and appease the EPA gods by arguing that VW's  scam should buy it some offsetting carbon indulgences. But that of course would require these gods to understand the concept of tradeoffs.

So all said and done, he is screwed. It might have been a different story if he represented an American automaker like GM instead of a German one like VW. Then he could have put killer Cobalts on the road and gotten away with a $900 million fine.