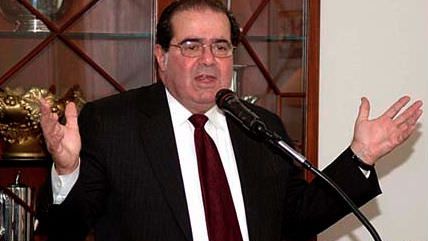 Last week the conservative legal pundit Ed Whelan dismissed the libertarian legal movement as a bunch of "useful idiots for progressive statists." In response, I pointed out that if you examine the record, you will find that it is conservatives like Whelan who routinely peddle legal ideas that were first invented or popularized by actual progressive statists during the Progressive and New Deal periods.

I agree with Whelan to a limited degree. Libertarians and conservatives have joined forces on a number of important legal campaigns over the past few decades and will continue to do so in the years to come. A libertarian-conservative legal alliance exists and it has undoubtedly produced some good results. But none of that means that conservatives should be shielded from criticism when they're wrong.

Predictably, Whelan tries to frame our underlying disagreement as a contest between the "principled originalism" of conservatives and the "unprincipled judicial activism" of libertarians. But that self-serving description is undermined by reality. In reality, conservative "originalists" have been all too eager to set aside their principles when those principles threaten to produce "libertarian" results that they don't like.

For example, conservative legal icon Robert Bork famously insisted that the 9th Amendment should not be read to protect unenumerated rights—even though that is precisely what the 9th Amendment says that it does. By contrast, the libertarian legal scholar Randy Barnett has provided a definitive originalist account of the 9th Amendment that thoroughly dismantles Bork's ahistorical position.

Along similar lines, when the libertarian lawyer Alan Gura provided the Supreme Court with overwhelming historical evidence about the original meaning of the 14th Amendment's Privileges or Immunities Clause in the 2010 case McDonald v. Chicago, it was conservative "originalist" Antonin Scalia who lashed out most aggressively at Gura. In fact, Justice Scalia set aside all pretense of being an originalist in that case and said that the Court should ignore Gura's evidence and simply "acquiesce" in the doctrine of substantive due process, a doctrine that conservative originalists claim to hate and that Scalia himself admitted to be "wrong." Likewise, in the 2005 medical marijuana case Gonzales v. Raich, "originalist" Scalia voted in support of the New Deal Supreme Court's sweeping interpretation of federal power under the Commerce Clause.

These are just a few of the reasons why libertarians tend to criticize their ostensible allies in the conservative legal movement. Whelan calls such criticism "misguided." I call it a necessary and proper means for holding conservatives accountable to the constitutional principles they claim to hold.