Local officials implausibly suggest that marijuana played a role in her arrest and suicide. 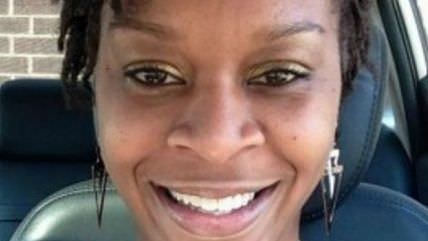 Sandra Bland died on July 13 in a Waller County, Texas, jail cell, apparently by her own hand. Police say the 28-year-old woman, who had just traveled from Illinois to Texas for a job at Prairie View A&M University, used a trash can liner to hang herself. But the dashcam video of the routine traffic stop that led to her arrest three days earlier indicates that Bland would not have ended up in jail if she had complied with Trooper Brian Encinia's request that she put out her cigarette. After she declined, Encinia ordered her out of her car, and the encounter quickly escalated.

Waller County officials have suggested that something else Bland smoked may have contributed to her arrest or her death. A toxicological report released last week says Bland's blood contained about 18 nanograms of THC, marijuana's main psychoactive ingredient, per milliliter. "It may be relevant as to her state of mind to determine what happened on the street," First Assistant District Attorney Warren Diepraam told reporters. "It may be relevant to her state of mind to determine how or why she committed suicide." Maybe, but probably not.

The Associated Press noted that the level of THC in Bland's blood is "more than three times the legal limit for drivers in Colorado and Washington, states that permit the recreational use of marijuana." That comparison makes it sound like Bland must have been intoxicated when she died, unless you know that the five-nanogram cutoff used in Colorado and Washington does not necessarily indicate impairment. That is especially true in regular users, who develop tolerance and accumulate THC in their fatty tissue. Under the five-nanogram standard, many of them could be charged with drugged driving any time they get behind the wheel, even when they are perfectly capable of driving safely.

A.P. paraphrased University of Florida toxicologist Bruce Goldberger as saying "Bland was impaired by marijuana at the time of her death." Yet as Goldberger conceded, it is impossible to say how much THC was in Bland's blood at the time of her death because post-mortem redistribution from fatty tissue may have boosted the concentration. Even if we assume the test results accurately reflect how much THC was in her system when she died, 18 nanograms per milliliter is not very high for a regular user.

In 2013 tests by TV stations in Denver and Seattle found that experienced cannabis consumers could perform satisfactorily on simulators and driving courses at THC levels as high as 47 nanograms per milliliter. Columbia University neuropsychopharmacologist Carl Hart, based on his studies of regular users, says "Bland's levels were well below the THC levels that I have found necessary, in my experimental research on dozens of subjects, to induce intoxication: between 40 and 400 nanograms per milliliter." In fact, says Hart, the THC level that Goldberger equates with impairment is "comparable to baseline (or sober) levels of about 10-20 nanograms per milliliter of many of my research participants."

We don't know enough about Bland's pattern of cannabis consumption to say whether she qualified as a regular user. Furthermore, it's not clear whether even a regular user would test as high as she did after three days of abstinence, which has led to speculation that she consumed cannabis behind bars. Waller County Sheriff R. Glenn Smith said a thorough inspection of her cell, including the plumbing, found no evidence of that.

Even if Bland managed to get high in jail without leaving a trace, the relevance of that detail is not obvious, since suicide is not a commonly observed side effect of cannabis consumption. As Hart notes, "the main effects of the drug are contentment, relaxation, sedation, euphoria and increased pulse and hunger."

Diepraam suggested that marijuana, as "a mood amplifier," could have magnified Bland's pre-existing depression, driving her to suicide. "Bland would have had to consume a substantial amount of marijuana for this conjecture to be plausible," Hart writes, and "the toxicology report does not support this view." He adds that "the drug would have caused her to behave conspicuously bizarre[ly] and would have undoubtedly impaired her motor performance, increasing the likelihood that jailers would have noticed her and decreasing the likelihood that she would have constructed a perfect slipknot as an instrument to hang herself."

Similarly, even if Bland consumed marijuana shortly before Encinia pulled her over for changing lanes without signaling, how does that explain what followed? In the dashcam video, Bland seems perfectly sober, and the aspects of her demeanor and behavior that apparently provoked Encinia—her annoyance at being stopped after changing lanes to let the trooper pass, her insistence on her right to smoke a cigarette in her own car, her questioning of his authority to make her exit the vehicle, her repeated inquiries about the legal basis for arresting her—hardly seem characteristic of a contented, relaxed, sedated, or euphoric person.

When Diepraam says marijuana "may be relevant as to her state of mind to determine what happened on the street," he seems to be suggesting that pot made her more assertive or aggressive, which is contrary to common experience with the drug. He may also be suggesting, based on Encinia's claim that Bland assaulted him as he handcuffed her (a part of the encounter that is not visible in the dashcam video), that marijuana made her violent. That is also contrary to marijuana's current reputation, although it harks back to the way marijuana was portrayed in the 1920s and '30s, when the "killer drug" was said to inspire murderous rage, especially among people with dark complexions.

Since we are talking about a black woman who was arrested by a white cop for being uppity, the invocation of marijuana as an explanation brings to mind the long history of drug-fortified Negroes as figures of fear. "Waller County officials might be mad for marijuana, but there is no evidence indicating reefer madness had its grip on Sandra Bland," Hart writes. "It's high time Americans called out racists when they employ the 'drug-crazed black person' myth." I think that charge goes too far, since local officials may simply be desperate for any explanation of Bland's arrest and death that does not implicate them. But if so, they will have to do better than "marijuana made her do it."