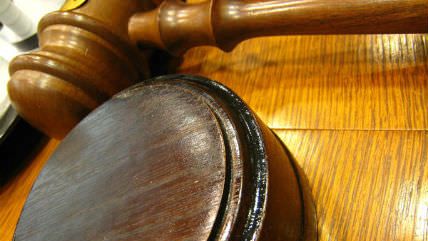 Last week the U.S. Court of Appeals for the 2nd Circuit upheld a Connecticut economic regulation "whose sole purpose is to shield a particular group from intrastate economic competition." In the words of that court, "Much of what states do is to favor certain groups over others on economic grounds. We call this politics."

At issue in the case of Sensational Smiles, LLC v. Mullen is a rule promulgated by the Connecticut Dental Commission forbidding non-dentists who offer teeth-whitening services from shining low-powered LED lights into the mouths of their customers. Predictably, the state claimed that this regulation was necessary to protect the oral health of the public. But that's pretty hard to swallow. After all, it's perfectly legal in Connecticut for members of the public to buy teeth-whitening kits, buy a low-powered LED light (which is the equivalent of a household flashlight), and then employ the two products together in hopes of achieving a brighter smile. The entrepreneurs behind Sensational Smiles, LLC, simply offered the same sort of harmless service to the public (at shopping mall kiosks and at beauty salons) that the public was already permitted to do for itself at home.

But the Connecticut Dental Commission said no. Why? Take a guess. Licensed dentists were not exactly happy about the arrival of upstart competitors. Thanks to the commission's actions, licensed dentists are now the only ones permitted to offer this popular form of teeth-whitening service to paying customers.

In other words, it's an act of naked economic protectionism. But that didn't trouble the 2nd Circuit, which said that "economic favoritism" is a legitimate justification for government regulation. In fact, according to the 2nd Circuit, "even if the only conceivable reason for the LED restriction was to shield licensed dentists from competition," the regulation would still pass muster in the court's eyes.

That's bad enough. But this unsavory decision is also in direct conflict with several other federal circuits. For example, in 2002 the U.S. Court of Appeals for the 6th Circuit rejected "economic protectionism" as a legitimate government interest when it struck down a Tennessee law that said only licensed funeral directors could sell caskets. "Tennessee's justifications," the 6th Circuit declared in Craigmiles v. Giles, "come close to striking us with 'the force of a five-week-old unrefrigerated dead fish.'" More recently, the U.S. Court of Appeals for the 5th Circuit likewise rejected "economic protectionism" in its 2013 decision in St. Joseph Abbey v. Castille, a case arising from Louisiana's efforts to prevent a group of Benedictine monks from selling traditional handmade wooden caskets without a funeral director's license.

In other words, the federal circuits are irrevocably split on the bedrock question of whether or not the states may enact economic regulations for the purpose of "favor[ing] certain groups over others on economic grounds," as the 2nd Circuit approvingly described it.

The U.S. Supreme Court should step in, address the split, and overturn the 2nd Circuit's unsound judgment.