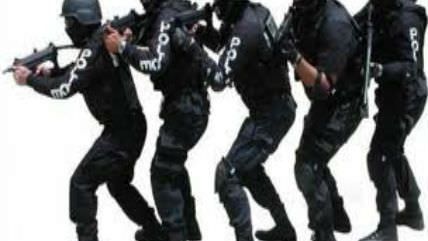 The operators of a communal property dedicated to food self-sufficiency—that is, an organic farm—are striking back via federal court against a city that sent a SWAT team to raid their property in a fruitless search for marijuana back in 2013, a local NBC station near Arlington, Texas reports:

The lawsuit claims that police were heavy handed, never had probable cause to raid the facility and based the search largely on an anonymous tip and a flyover, which spotted what looked like marijuana plants.

The plants turned out to be tomatoes.

In a statement, assistant Arlington city attorney Melinda Barlow said the city is reviewing the lawsuit….The case was filed in federal court in Fort Worth.

While it's a shame that victories in cases like these punish taxpayers more than it does the officials who committed the crimes, the courts remain alas the only legitimate place for aggrieved citizens to receive recompense for injustice heaped on them by  cops.

J.D. Tuccille reported for Reason on the raid and its idiocy and criminality when it occurred back in 2013, including accounts of all the petty bullshit citations that tend to hit people trying to lead at-all-unusual lives on their land even before the SWAT army comes tearing through.