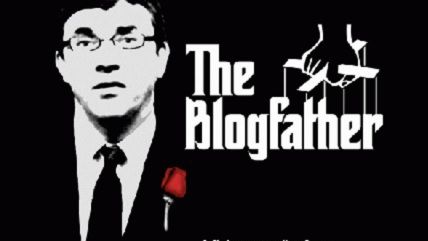 Writing in USA Today, Glenn Reynolds of Instapundit and University of Tennessee Law School raises serious and disturbing questions about Reason and some of our commenters at the hands of federal prosecutors.

As regular readers know, the U.S. District Court for the Southern District of New York subpoenaed records of six commenters who responded to a post about the sentence given to Silk Road creator Ross Ulbricht. On top of the request for information about the commenters, the feds also slapped a gag order on us, preventing us from even discussing the existence of the subpoena and, with a healthy does of Kafka, the gag order. Read Matt Welch and my account of it all here.

When the government orders people not to talk about what it's doing, it's hard to keep track of what it's doing. That's what the First Amendment is intended to prevent. It's ironic that the Obama administration — whose supporters in 2008 made much of threats to civil liberties from George W. Bush's national security apparatus — has so thoroughly embraced surveillance and gag orders.

But if it won't support a prosecution, why gather this information? Bharara's office isn't talking, but I suspect that the purpose of this exercise is to chill speech: To send a signal that whether or not the First Amendment protects your right to talk smack about a federal judge, you'd be wise not to do so if you don't want to attract the attention of the feds, who might choose to share your information with employers or the news media. Consider it a sort of prosecutorial brush-back pitch, if you like.

Of course, the First Amendment term for "brush-back pitch" is "chilling effect." The goal, presumably, is to discourage speech protected under the First Amendment, but disliked by authorities. That's an odd thing from a prosecutor who is sworn to uphold the Constitution — but, these days, perhaps not as odd as all that. Add this case to the mounting pile of evidence that out-of-control prosecutors need to be reined in. Starting, perhaps, with the Southern District of New York.