"Why Libertarianism is Closer to Stalinism Than You Think": Except for, you know, mass murders, gulags, and all the rest. 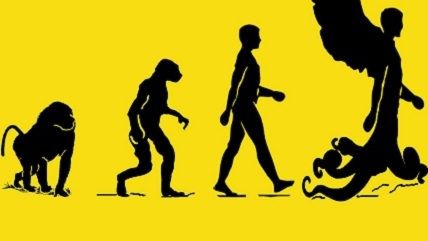 Quick, somebody check on Alan Wolfe, the super-respected, 73-year-old sociologist and political scientist at Boston College. Call him up on his Jitterbug phone and make sure he hasn't had a stroke or something.

His June 15 piece at Reuters, "Why libertarianism is closer to Stalinism than you think," reads like the work of somebody undergoing severe brain trauma.

"Libertarianism has a complicated history, and it is by and large a sordid one," charges Wolfe. It is "a secular substitute for religion, complete with its own conception of the city of God, a utopia of pure laissez-faire and the city of man, a place where envy and short-sightedness hinder creative geniuses from carrying out their visions."

I'd call him the Hitler of Hyperbole, but that seems, I don't know, a tad over the top. Sort of like equating a live-and-let-live philosophy such as libertarianism to Stalinism. Which I confess it totally is. Except for the gulags, the mass murders, the forced relocations, the belief in statism, a demonstrably insane economic policy—I'm probably forgetting one or two other points of similarity.

Predictably, Wolfe disinters the corpse of Ayn Rand and insists not only was the Atlas Shrugged author "an authoritarian at heart" but that she remains the beating heart of an intellectual, philosophical, and cultural movement that includes a fistful of Nobel Prize winners (Friedman, Buchanan, Smith, Hayek, Vargas Llosa, etc.); thinkers such as Robert Nozick and Camille Paglia; businessmen such as Whole Foods' John Mackey, Amazon's Jeff Bezos, Overstock's Patrick Byrne; and creative types ranging from Rose Wilder Lane to the creators of South Park to Vince Vaughn. Sound the alarum, folks! Team America: World Police and Dodgeball: A True Underdog Story are running on Comedy Central again!

Ultimately, it's the specter of Rand Paul, son of Ron (who "adhered to such radical positions as abolishing the Federal Reserve"!), that's making Wolfe tear through his Depends like Stalin through his former revolutionary comrades in the late '30s.

Libertarianism now has a certain freshness because it seems to cross the otherwise impregnable line between right and left. Sharply reducing the role of government in American life, libertarianism's primary objective, appeals to conservatives because it offers an end to Obamacare, Social Security and other programs that transfer public money to the less well-off. Yet it also attracts liberal voters who ardently oppose invasions of privacy and bloated defense spending.

Paul's appeal doesn't stop there, however. He understands that the GOP base is getting older and whiter — which bodes badly for the party's future. He is reaching out to minorities. By attacking his party's attempts to restrict the vote, Paul could attract many African-American and Latino voters. He has also appealed to younger voters by calling for less restrictive drug laws, for example, and speaking at college campuses, where older Republicans have been loathe to appear.

Let's be clear: Libertarianism doesn't seem to cross lines between the right and left in contemporary America. It ignores them with impunity, which is one of the reasons why libertarians can embrace, say, transgenders in a way that drives the right insane while also standing up for the rights of Indiana pizza shop owners not to cater a hypothetical gay wedding reception (which drives the left batty). Looking over the wreckage of these first 15 years of the 21st century, where the federal government was run first by awful conservative Republicans and then by equally awful liberal Democrats, only a true believer in ideological stasis like Wolfe could be mumbling a variation on "Keep Calm and Carry On." As Matt Welch and I argued in The Declaration of Independents,  we live in a world of dizzying possibilities and innovation where people are gaining more and more ability to pursue their dreams as they define them. The last redoubts of failure and sclerosis—education, health care, and retirement—are those most under the control of government. Add to that the erection of warfare-surveillance state that is heartily funded and supported by the two major parties and, well, nobody should be surprised that libertarianism is ascendant, especially among younger Americans. It offers a hopeful, inclusive, idealistic alternative to the world of ashes in which they have been raised.

If you're wondering where Wolfe ends up in his piece, he concludes in an intellectual funnel cloud that unlike liberalism and conservatism, libertarianism is a rigid ideology that cannot compromise in any way, shape, or form. Where Republicans and Democrats will (thankfully) agree to increase spending on both social welfare and defense, a truly principled libertarian wouldn't and hence would fail. Which is good, because libertarianism is bad. And Rand Paul isn't really libertarian, so he won't get the nomination anyway. Because nobody really likes libertarianism, which is why it's dangerous that it seems to be getting so popular, know what I mean? Then there's this:

The good news is that if Paul were to win the Republican nomination, libertarianism's unfitness for the modern world would be revealed for all to see. The bad news is that the poison of its extremism would enter into the body politic, perhaps never to be fully ejected.

Reading this sort of piece makes me feel sad for the centrist-liberal public intellectual, who must be experiencing that sinking feeling that happens when your entire life's work and political philosophy comes a cropper not because they weren't tried but precisely they were tried again and again and again. After decades of expounding the need for, among other things, a literal Return to Greatness in the guise of national campaigns to advance his particular predilections when it comes to politics and culture, Wolfe is now forced to live in a historical moment when, gag, libertarians doth bestride the narrow world like pint-sized Colossi, arguing that America should invade fewer countries, lock up fewer non-violent criminals, and give fewer tax dollars to billion-dollar corporations and super-wealthy individuals via government handouts. The horror.

Among the many ways Wolfe is wrong: He errs in thinking that libertarianism is a set of distinct policy proposals, all of which must be adhered to in all instances. As I'm fond of saying, libertarian is best understood as an adjective, an attitude, a temperament. Do you agree that individuals should be given more choices when it comes to making decisions about where to live, how to work, whom to love, what to eat? All things being equal, do you trust not just yourself but your neighbors and especially people you don't even know to come to voluntary arrangements based in respect and mutual benefits?

Like Seinfeld's George Costanza convinced of his jerk-store comeback, Wolfe drops what he doubtless thinks is a rhetorical A-bomb part way through his wretched essay: "Truly principled libertarians believe that government should refrain from telling women what to do with their bodies, but should there be no regulation of medical procedures?"

Well, no. Even in the absence of, say, a government-run Food and Drug Administration or medical-procedure board, there would be all sorts of certifying agencies, insurance companies, reputational proxies, grading services, and more to give consumers all sorts of information about the efficacy and safety of whatever you could dream up.

That world is, of course, already growing up all around us, on everything from Amazon to Uber. If Wolfe could only take a deep breath or two, he might realize that libertarianism isn't the Stalinism-lite system he's cracked it up to be. To the contrary, it's profoundly liberating and humane set of beliefs that are flourishing precisely because the old ways of maintaining control and power are fading like the worst excesses of the old Soviet Union.