So Much for that 'Nationwide Crime Wave'

The evidence grows even less convincing. 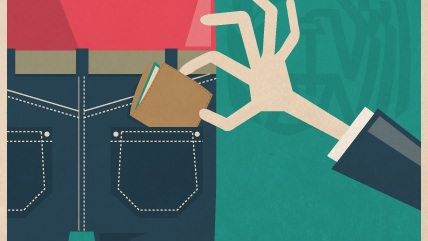 Last month, the Manhattan Institute's Heather Mac Donald wrote a Wall Street Journal op-ed headlined "The New Nationwide Crime Wave," which blamed an alleged spike in violence on the recent "intense agitation against American police departments." Critics quickly pointed out that the evidence of such a crime surge is scarce, and that Mac Donald's narrative could only be sustained by cherry-picking certain cities and, within those cities, certain crimes. Now she has responded to her critics by…

Well, read her new article for yourself. She has conceded that there is no "nationwide" leap in crime. Now she's saying that if we're on the verge of a surge, this is what the beginning would look like. She softpedals just how strong the evidence is against her original argument—she acknowledges that crime "is still much lower than it was 20 years ago," for example, but not that in most large cities it is also lower than it was just one year ago—but it's really hard to read her piece as a spirited defense of her position. Instead she's been reduced to making arguments like this:

The claim that we are living through an epidemic of racist police killings rests on slimmer statistical evidence than the recent crime increases do.

Well, yes: Since it's pretty much impossible to get good statistics on police killings, racist or otherwise, there really isn't strong support for the idea that they're increasing, decreasing, or staying the same. So that's kind of a low bar to clear. At any rate, I don't think I know anyone whose interest in rolling back police abuses is based on the idea that they're getting more common; I think it's widely understood that ubiquitous phone cameras have simply made it easier to bring abusive policing to light.

"If anti-cop vituperation tapers off in the coming months and police start to feel supported in their work, the recent crime increases may also taper off," Mac Donald concludes. "If the media-saturated agitation continues, however, the new normal may be less policing and more crime." And if we see some crimes rising in some places while most crimes go down in most places? Then I guess we should keep our eyes out for another misleading op-ed.

Bonus link: The New York Daily News reports, "At their current rate, killings in New York City would end 2015 as either the third or fourth lowest year in the city's modern history."