Democratic frontrunner says her judicial nominees must be against Citizens United 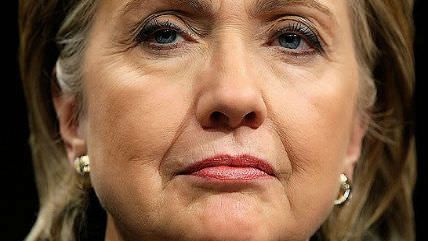 When Democrats and progressives complain about the Supreme Court's 5–4 decision in 2010's Citizens United v. Federal Election Commission—and they love love LOVE complaining about Citizens United—they tend to sidestep the unlovely fact that according to the 2002 Bipartisan Campaign Reform Act that they wish to see reinstated, documentary filmmakers with political agendas could go to jail for up to five years if their film makes a politician look bad too close to an election. And in the specific underlying case, the politician in question was Hillary Clinton.

So it should perhaps come as no surprise that the Democratic presidential frontrunner is making Citizens United a litmus test for potential Supreme Court nominees, according to The Washington Post:

Clinton's emphatic opposition to the ruling, which allowed corporations and unions to spend unlimited sums on independent political activity, garnered the strongest applause of the afternoon from the more than 200 party financiers gathered in Brooklyn for a closed-door briefing from the Democratic candidate and her senior aides, according to some of those present.

"She got major applause when she said would not name anybody to the Supreme Court unless she has assurances that they would overturn" the decision, said one attendee, who, like others, requested anonymity to describe the private session. […]

On Thursday, Clinton also reiterated her support for a constitutional amendment that would overturn Citizens United, a long-shot effort that is nonetheless popular among Democratic activists.

"She said she is going to do everything she can," the attendee said. "She was very firm about this – that this Supreme Court decision is just a disaster."

There's a wonderfully clarifying campaign slogan for you: Elect me, and I'll try to put my critics in jail! Perfectly in keeping with Clinton's piss-poor record on free speech.