14 Americans Per Day Are Now Renouncing Their Citizenship

Passport-burning sets yet another new record, thanks to terrible tax law that the GOP-led Congress should repeal 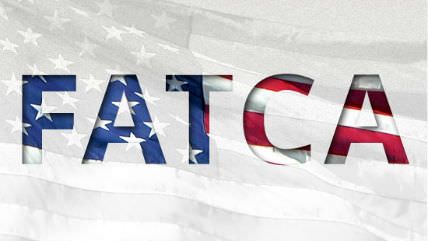 It's a story we've been telling you about for years, and it keeps on getting worse:

More Americans living outside the U.S. gave up their citizenship in the first quarter of 2015 than ever before, according to data released Thursday by the IRS.

The 1,335 expatriations topped the previous record by 18 percent, according to data compiled by Bloomberg. Those Americans are driven to turn in their passports in part because of laws that have expanded bank reporting and tax compliance requirements for expatriates.

The increase in early 2015 follows an annual record in 2014, when 3,415 Americans gave up their citizenship.

These numbers will almost certainly continue to grow, unless the Republican majority in Congress grows a spine and joins Sen. Rand Paul (R-Ky.) in backing a repeal of the awful Foreign Account Tax Compliance Act (FATCA) of 2010. As the Bloomberg News article reminds us, FATCA

requires U.S. financial institutions to impose a 30 percent withholding tax on payments made to foreign banks that don't agree to identify and provide information on U.S. account holders.

It allows the U.S. to scoop up data from more than 77,000 institutions and 80 governments about its citizens' overseas financial activities.

As a result, U.S. citizens living overseas have a terrible time finding institutions that will accept their money. Meanwhile, they face genuinely agonizing choices such as this:

"The cost of compliance with the complex tax treatment of non-resident U.S. citizens and the potential penalties I face for incorrect filings and for holding non-U.S. securities forces me to consider whether it would be more advantageous to give up my U.S. citizenship," Stephanos Orestis, a U.S. citizen living in Oslo, wrote in a March 23 letter to the Senate Finance Committee. "The thought of doing so is highly distressing for me since I am a born and bred American with a love for my country."

Reminder: All this pain is being inflicted on millions of individual U.S. citizens for the estimated IRS gain of less than $1 billion per year.