Why the New Limits on Drug-Sniffing Dogs Matter

The Supreme Court imposes a practical constraint on cops' ability to search cars at will. 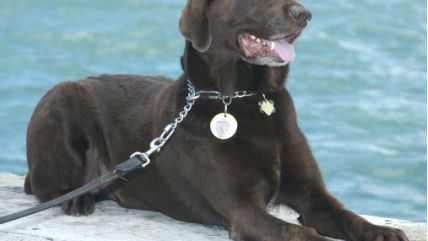 Today, as Damon Root noted this morning, the Supreme Court ruled that in the absence of reasonable suspicion, police officers who extend a traffic stop for the purpose of walking a drug-sniffing dog around the vehicle are violating the Fourth Amendment's ban on unreasonable seizures. As I noted last fall, this case is more important than it might seem because of the leeway the Court already has given cops and their dogs.

In the 1983 case U.S. v. Place, the Court said a canine olfactory inspection does not count as a "search" under the Fourth Amendment, meaning police do not need probable cause, or even reasonable suspicion, to conduct one. That decision set the stage for Illinois v. Caballes, the 2005 case in which the Court said walking a dog around a car during a routine traffic stop does not violate the driver's Fourth Amendment rights, provided the encounter is not "unreasonably prolonged" for that purpose. And last year, in Florida v. Harris, the Court confirmed what judges generaly had assumed, ruling unanimously that a police dog's alert, which may be erroneous, imagined, invented, or deliberately triggered, by itself is enough to justify a search unless the defendant can show the dog is unreliable—a tall order when the evidence on that point is controlled by the police, who have little incentive to collect it.

In practice, those three decisions, coupled with the multiplicity of excuses for traffic stops, mean that a cop with a dog can search vehicles at will. One remaining constraint on that power is the availability of dogs. The case decided today, Rodriguez v. U.S., involved a traffic stop by an officer who already had a dog but who called for backup before putting it to work, thereby extending the traffic stop by seven or eight minutes. Yet the Court's reasoning, which says a driver should not be detained any longer than necessary to complete the work related to the justification for the stop (in this case, issuing a warning for driving on the shoulder), also would prohibit a cop from waiting for a dog and its handler to arrive.

For Dennys Rodriguez, the defendant in this case, the delay ultimately led to a search that discovered a bag of methamphetamine, resulting in his arrest and conviction. The luxury of extra time to bring in a dog also can make a crucial difference in civil forfeiture cases. A 2013 case in which Iowa state troopers took $100,000 in poker winnings from two players driving through the state illustrates the danger. The trooper who stopped the car did not have a dog, so he had to wait for one. As in Rodriguez's case, he dragged out the encounter after issuing a warning by asking for permission to walk a dog around the car. After the driver repeatedly said no, the trooper detained him anyway, ostensibly because the driver seemed nervous (an all-purpose excuse to detain anyone stopped by police). If the trooper had let the driver go after issuing a warning, there would have been no purported dog alert to justify the search that discovered the money.