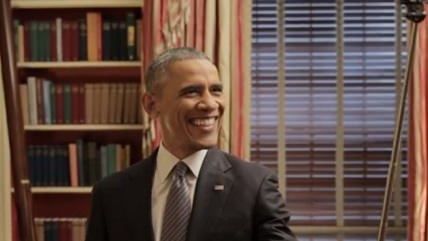 In yesterday's Google Hangout with Reason TV, Barack Obama laid out his economic plan for the final two years of his presidency: "Nobody's gonna be gettin' rich."

Obama talked about his relief that Sen. Harry Reid (D-Nevada) is finally stepping down as Senate Minority Leader, and explains his greatest regret so far in office.

About 1 minute. Special preview of next week's Hangout with Vice President Joe Biden, who boldly attempts to count to 10.

Go here for more information on the interview.