Congress Trudges Ahead on Perhaps Honoring the Fourth Amendment 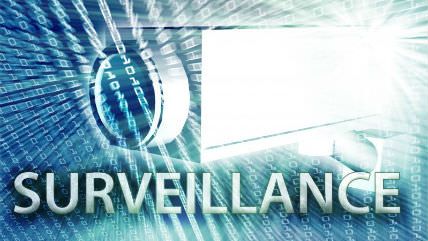 Ronald Bailey wrote on Reason earlier this month on one piece of encouraging legislation  the Online Communications and Geolocation Protection Act, which would try to end the awful current practice of considering all email over six months old completely open to government search without a warrant.

The other day Lindsay Wise at McClatchy had a good, thorough report on the current state of this debate and talks about some other similar legislation.

The Electronic Communications Privacy Act of 1986 [defining this email warrant loophole] was written at a time when most people did not have email accounts, said Republican Rep. Kevin Yoder of Kansas, who is leading efforts in the House of Representatives to update the law.

"The government is essentially using an arcane loophole to breach the privacy rights of Americans," Yoder said. "They couldn't kick down your door and seize the documents on your desk, but they could send a request to Google and ask for all the documents that are in your Gmail account. And I don't think Americans believe that the Constitution ends with the invention of the Internet."

Bipartisan legislation introduced earlier this month by Yoder and Rep. Jared Polis, a Colorado Democrat, would require government agencies and law enforcement officials to obtain a search warrant based on probable cause.

Mike Lee (R-Utah) and Patrick Leahy (D-Vt) have a similar bill rolling in the Senate, and the major tech company players are for it. But these bills in question don't go far enough, according to the Electronic Frontier Foundation's Lee Tien:

the Email Privacy Act would not extend Fourth Amendment protections to "non-content" data. Even if the bill becomes law, customers' names, locations, addresses, routing information and subscriber network addresses still could be subpoenaed without a warrant and without notice, although accessing the content of their conversations would require the authorization of a judicial magistrate or judge.

Federal lawmen whine that law enforcement might be hard with scrupulous attention to the Fourth Amendment:

In hearings on Capitol Hill and in letters to members of Congress, government officials have warned that the bill would hamper civil and criminal investigations, especially for certain agencies such as the Securities and Exchange Commission, which does not have warrant authority, only subpoena authority.

Mary Jo White, chairwoman of the SEC, gave an example of an investigation in which authorities were able to obtain a critical piece of evidence by subpoenaing the personal emails of an employee even though he lived in Canada, where the emails would otherwise have been unattainable under Canadian law….

The White House did not respond to a request for comment on the legislation.

That the executive branch doesn't understand the implications and language of the Fourth Amendment well enough to short circuit this long, long debate is disgraceful

Back in 2013, the Obama administration at least rhetorically indicated they'd be open to some email privacy sanity, but have been reluctant to act unforced by Congress apparently.

A long record of Reason keeping an unhappy eye on ECPA and email privacy issues.