The DEA Fights Drugs by Collecting Your Phone Records 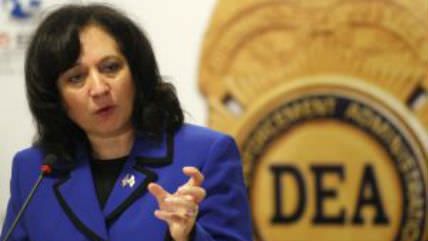 The phone record database that the Drug Enforcement Administration officially acknowledged for the first time on Friday is in some ways less alarming than the National Security Agency's better-known collection. Both were assembled without individualized warrants, sweeping up the records of many innocents in the hope of catching a few bad guys. But while the NSA strives to collect information about every phone call in the United States and keeps it for years, the DEA's collection was limited to calls between the U.S. and countries "determined to have a demonstrated nexus to international drug trafficking and related criminal activities." Another mitigating factor: According to a Justice Department spokesman paraphrased by the Associated Press, "the program was discontinued in September 2013," and "all information held in the database has been deleted."

Then again, the DEA program demonstrates how easily surveillance justified by the extraordinary, life-threatening threat of terrorism, once accepted, can be extended to ordinary criminal investigations, including those aimed at disrupting peaceful transactions that violate no one's rights. As Hanni Fakhoury, a lawyer with the Electronic Frontier Foundation, told A.P., "When one agency starts doing something, other agencies are going to look for ways to also do it." The ACLU's Patrick Toomey said the DEA program "shows yet again how the government has used strained legal theories to justify the surveillance of millions of innocent Americans under laws that were never written for that purpose,"

According to a court filing flagged by A.P., the DEA's phone record database, which included information on the timing, length, and destination of calls, "relied on administrative subpoenas," a kind of self-authorization that is about as reassuring as it sounds. To search the database for information about a particular number, an agent needed a "reasonable articulable suspicion that the telephone number was related to an ongoing federal criminal investigation." That standard is weaker than the "probable cause" standard for a warrant, and it seems to have been applied by the DEA itself without judicial oversight.

According to the Obama administration, no such oversight is required, because people do not have any reasonable expectation of privacy regarding information they voluntarily divulge to others. To be fair, that is also what the Supreme Court has said, although the doctrine cries out for reconsideration in an age when people routinely store huge amounts of sensitive material outside their homes.

A couple of years ago, J.D. Tuccille noted another DEA phone record program, which covered more information, including metadata for domestic calls and the locations of cellphone users. Unlike the one acknowledged last week, that database is maintained by AT&T for the DEA's convenience, and it can be queried via adminstrative subpoenas.