'You Can Never Drive' 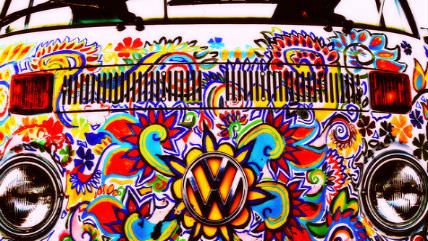 A few weeks after Washington voters approved the marijuana legalization initiative known as I-502, Ronnie Payton was driving south on Highway 167 through a chilly drizzle, heading to his daughter's place in Renton for Christmas dinner. As he passed the Interstate 405 interchange, he collided with an SUV that had merged onto the highway in front of him. Both drivers took the nearest exit and stopped in a parking lot. Although it was a minor accident, the SUV's driver called the police because Payton's insurance card did not list the car he was driving, which belonged to his boss.

That call resulted in Payton's arrest for driving under the influence of a drug (DUID). He was ultimately acquitted, but only because his lawyer managed to dodge a provision of I-502 that in practice makes it illegal for medical marijuana users like Payton to drive.

The state trooper who responded to the accident report, Cliff Roberts, later reported that Payton, a 65-year-old Vietnam veteran who worked for a Seattle organization that arranges housing for homeless people, was shivering and that he had droopy eyelids, bloodshot eyes, and an unsteady gait. Payton mentioned that he used marijuana to treat his glaucoma, as permitted by state law, but said he had not smoked any since 7 a.m., about 12 hours before the accident. Roberts asked Payton to undergo a series of roadside sobriety tests, which included standing on one foot and walking heel to toe. His performance was "extremely poor."

Since a breath test found no alcohol in Payton's system, Roberts arrested him for DUID and read him a statement about Washington's "implied consent" law. Under that law, anyone arrested for DUID had to cooperate with a blood test or lose his driver's license. Payton cooperated, and the test put his THC level at 8.6 nanograms per milliliter, well above the five-nanogram limit established by I-502.

If that test result had been admitted as evidence at Payton's trial, he would have been convicted automatically. But the prosecution agreed not to use the test after Payton's lawyer, Jesse Corkern, argued that it should be suppressed for several reasons, including the fact that the state toxicologist had not yet established standards for measuring THC in blood. Because the jury never heard about the blood test, Corkern was able to win an acquittal, arguing that what Roberts interpreted as signs of intoxication could be explained by Payton's glaucoma, his war injuries (which left him with "a slightly hunchback gait"), the cold weather, and the stress of the situation. Corkern notes that "the state's own expert testified that he should not be impaired beyond three hours after smoking marijuana."

Washington's five-nanogram rule, modeled after the per se standard for alcohol, was meant to reassure voters worried about the threat posed by stoned drivers. But like all per se standards, it treats some people as unsafe to drive even when they're not. Last year experiments by KIRO, the CBS station in Seattle, and KDVR, the Fox affiliate in Denver, showed that regular cannabis consumers can perform competently on driving courses and simulators at THC levels far above five nanograms. The lack of correspondence between the new standard and impairment is especially unfair to medical marijuana users, some of whom may be above the five-nanogram limit all the time, meaning they are never legally allowed to drive in Washington. "I myself am over the limit every day and have been for decades," says Martin Martinez, founder of Washington's first medical marijuana collective, who started using marijuana for pain after a motorcycle crash in 1986.

"The five-nanogram rule doesn't make sense," says Mark Kleiman, a University of California at Los Angeles drug policy expert who was hired to advise Washington's cannabis regulators. "It doesn't correspond to impairment, and for regular users, they're always going to be over the limit. It would be absurd to say you can smoke pot but then you can never drive."

But Kleiman argues that many of the people who complained about the DUID standard during the I-502 campaign were medical marijuana suppliers who were mainly interested in defending their financial interests. "Some of the people in the medical racket decided [the initiative] was a threat to their livelihood," he says, "and they were correct. They picked the five-nanogram rule as the thing to campaign against. I think some people were sincerely persuaded that it was a stupid idea, which it was and is, but I don't think that was the basis of the opposition, just the stake that the opposition grabbed."

Aaron Pelley, a Seattle lawyer who specializes in DUID cases, sees it differently. "Although there were others," he says, "that singular issue was driving the medical cannabis community to react to I-502. It had nothing to do with entrepreneurs or people who wanted to make money, or wanted to protect their [financial] interests. We're talking about people who had cancer, AIDS, hepatitis C, who would wake up at five nanograms."

Such people are in legal peril whenever they drive in Washington, and if they are arrested for DUID their only hope to avoid conviction is getting their blood test results suppressed. Although it is not clear why the prosecution agreed to suppress Ronnie Payton's blood test, a case the U.S. Supreme Court decided between his arrest and his trial may have had something to with it. In Missouri v. McNeely, decided in April 2013, the Court ruled that police may not draw blood from a nonconsenting driver without a warrant based simply on the fact that alcohol levels fall over time. The decision did not directly address situations like Payton's, since he ostensibly consented to the drawing of his blood. But McNeely cast doubt on the validity of implied consent laws to the extent that courts have upheld them based on the assumption that police do not need a warrant to draw drivers' blood. Last summer Washington's legislature responded to McNeely by amending the state's law so that implied consent no longer applies to blood tests, meaning a warrant is now generally required.

The standard for a warrant, however, is the same as the standard for an arrest: probable cause. Although Trooper Roberts thought he had probable cause to believe Payton was driving while impaired by marijuana, Payton was acquitted, which would have been impossible had the blood test been admitted. "Probable cause is a very low threshold," says Aaron Pelley. Police commonly cite evidence such as wide pupils, bloodshot eyes, and the odor of marijuana, none of which necessarily indicates a driver is impaired. Police may even claim a driver had a "green tongue," says Pelley, which is "how I know a cop is lying and padding his facts." As in Payton's case, poor performance on sobriety tests may be due to physical limitations, which are especially common among medical marijuana patients. In practice, Pelley says, the fact that a driver has a medical marijuana recommendation may be all it takes to start down a path that leads to probable cause, which in turn justifies a blood test that may result in an automatic conviction.

Despite the threat to patients, Martinez says, "so far there's been little fallout." Philip Dawdy of the Washington Cannabis Association agrees that, contrary to his own fears, there have not been "reams of patients getting busted all over the place who were over five nanograms but were completely functional." He adds that "we need more time and more data to really definitively say."

In 2013, the year after I-502 was approved, the Washington State Toxicology Laboratory tested the blood samples of 5,468 DUID arrestees, up from 5,298 in 2012. That's an increase of 3 percent, about the same as the increases seen in the previous three years. The share testing positive for THC rose by a lot more, from 18.6 percent to 24.9 percent, an increase of about 34 percent, which may reflect an overall increase in marijuana use or the impact of greater police awareness. Lt. Rob Sharpe, commander of the Washington State Patrol's Impaired Driving Section, notes that additional officers were trained to recognize drugged drivers in anticipation of marijuana legalization.

Another DUID provision in I-502 seems even less defensible than the five-nanogram standard. It says people younger than 21, which is the initiative's cutoff for buying and possessing marijuana, are committing a crime if they drive with any amount of THC in their blood. Alison Holcomb, who ran the I-502 campaign, says that "zero tolerance" rule was part of an effort to "parallel to the greatest extent possible the standards we have for alcohol." She adds that "we wanted to give as much voter reassurance as possible that minor use would be discouraged, and threatening the driver's license of someone under 21 if they test positive for THC is a good way to discourage them from engaging in the use of marijuana."

The upshot, however, is that 18-to-20-year-olds, who are considered adults in most other respects, not only are still breaking the law when they smoke pot but are breaking it again if they get behind the wheel the next day. "Any detectable amount of weed in your system, you're automatically guilty," says Douglas Hiatt, a Seattle defense attorney and cannabis activist who opposed I-502. "It's open season on kids. [If you're] 16 to 21 and you get pulled over, any smell of weed in the car, you're going for a blood test. Any detectable amount, boom, there goes your license. Sorry, kid. Oh, you're a medical marijuana patient? Well, fuck you, that doesn't matter either."

Despite the rancor generated by I-502's strategic compromises, the initiative's drawbacks have to be weighed against the good it accomplished by partially rolling back the war on drugs, thereby setting an example for other jurisdictions that may be willing to give pot peace a chance. "I'm still to this day very conflicted," Pelley says, "because I know 10,000 people this year didn't get arrested for possession charges in Washington state. That's a huge number and a huge victory. We changed the landscape of the discussion. But I also know we made a sacrifice in order to do that."