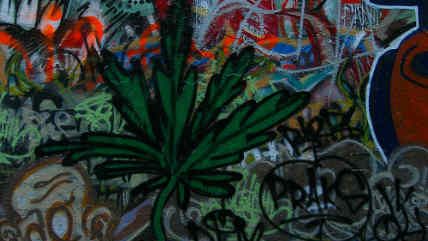 Two bills in the Washington state legislature aim to "reconcile" the state's medical and recreational marijuana markets, The Associated Press reports. An attempt to cut back on bureaucracy or make a patchwork of competing regulations easier to follow? Not so much. The measures would put tighter restrictions on medical marijuana patients and dispensaries, which currently operate as cooperatives. Small business owners like Loaded Soda's Dave Kois think the moves amount to little more than a money grab by the state.

"They see medical as a threat to their tax money on the recreational side," said Kois, who grows marijuana high in the antioxidant and anti-inflammatory cannabis compound cannabidiol and low in THC (the compound that gets you stoned). He told AP that medical and recreational marijuana are "two separate systems and they should stay that way."

Staying that way would mean operating under a bifurcated regulatory scheme that considers medical marijuana dispensaries "collective gardens," wherein patients pool resources to grow and distribute medical weed. These medical pot collectives are freer from state regulation than folks dealing in recreational marijuana, who must be licensed by the state.

The measures (House Bill 2149 and Senate Bill 5887) under consideration by Washington legislators would eliminate these collective gardens, naturally. To stay in existence, current medical marijuana co-ops and dispensaries would have to get licensed by the state or shut down. The bills—one of which has passed the House and is awaiting a Senate hearing; the other awaiting a vote in the state Senate Ways & Means Committee—would also place further restrictions on medical marijuana.

Both bills look to reduce the amount of marijuana and number of plants patients can possess, and would do away with collective gardens by the middle of next year. They would also establish a patient registry that would provide medical marijuana patients with an authorization card that would grant them a sales tax break on medical marijuana purchased at authorized stores. Both allow stores to have a medical endorsement to sell medical along with recreational marijuana and also allow an option for endorsed retail stores to solely serve medical marijuana patients. Rivers' bill requires the Liquor Control Board, which is overseeing implementation of I-502, to consider the needs of patients in determining the number of retail licenses issued. Currently, the board has limited recreational retail licenses to 334 across the state, for which there are currently more than 2,000 applications.

Medical marijuana patients have, quite understandably, been decrying the potential changes. Some fear that buying in the recreational weed market will be more expensive and lead to a low supply of low-THC strains of marijuana. The bills would also severely curtail the amount of marijuana patients can possess, from 24 ounces to 3 ounces, and the number of plants they can grow, from 15 to six (though both would allow health care professionals to authorize more if deemed necessary). Washington lawmakers claim these measures are necessary in order to keep the federal government from stepping in.