One percent owns 35 percent! So what? 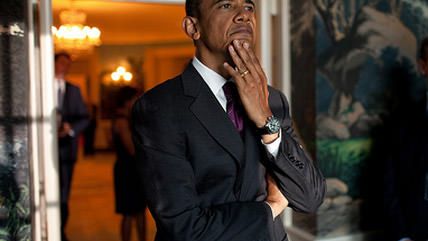 President Barack Obama says income inequality is "dangerous … the defining challenge of our time." The pope is upset that capitalism causes inequality. Progressives, facing the failures of Obamacare, are eager to change the subject to America's "wealth gap."

It's true that today, the richest one percent of Americans own a third of America's wealth. One percent owns 35 percent!

But I say, so what? Progressives in the media claim that the rich get richer at the expense of the poor.

But that's a lie.

But this is absurd. Bill Gates took a huge slice of pie, but he didn't take it from me. By starting Microsoft, he baked millions of new pies. He made the rest of the world richer, too. Entrepreneurs create things.

Over the past few decades, the difference in wealth between the rich and poor has grown. This makes people uncomfortable. But why is it a problem if the poor didn't get poorer?

Progressives claim they did. Some cite government data that show middle class incomes remaining relatively stagnant. But this data is misleading, too. It leaves out all government handouts, like rent subsidies and food stamps. It leaves out benefits like company-funded health insurance and pensions, which make up increasing portions of people's pay.

And it leaves out the innovation that makes life better for both the rich and poor. Even poor people today have access to cars, food, health care, entertainment and technology that rich people lusted for a few decades ago. Ninety percent of Americans living "below the poverty line" have smart phones, cable TV and cars. Seventy percent own two cars.

But hold on, says the left. Even if the poor reap some benefits from capitalism, it's just not "fair" that rich people have so much more. I suppose this is true. But what exactly is "fair"?

Is it fair that models are so good-looking? Why is it fair that some men are so much bigger than I, so no one will pay me to play pro sports? It's hardly fair that I was born in America, a country that offers me far greater opportunities than most other countries would. We Americans should be thankful that life is not fair!

Freedom isn't fair, if fair means equal. When people are free, some will be more successful than others. Some people are smarter or just luckier. Globalization and free-market capitalism multiply the effect of smarts and luck, allowing some people to get much richer than others. So what? Inequality may seem unfair, but the alternative—government-forced equality—is worse. It leaves everyone poor.

Opportunity is much more important than equality, and there is still income mobility in America. People born poor don't necessarily stay poor.

Pew research shows 58 percent of the kids born to the poorest fifth of families rose to a higher income group. Six percent rose all the way from the bottom fifth to the top fifth.

Sixty-one percent of kids born to the richest fifth of families fell from that group, and 9 percent fell all the way to the bottom.

Opportunity requires allowing people to take risks and make changes. We won't always like the outcomes. But over the long haul, we're still better off if people are free to strive and fail, or maybe—reap big rewards.