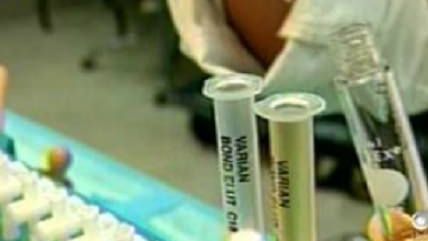 A district court judge in Florida granted summary judgment for the plaintiff in a case challenging the constitutionality of a law requiring welfare recipients to submit to drug testing. The law was in effect for four months after being passed in 2011, before being temporarily suspended by a court order. During that time only 2.6 percent of recipients tested positive for drugs, most commonly marijuana, according to the Miami Herald blog, which also cites a 1998 study that found welfare recipients in the state had a lower rate of drug use than the general population. The crux of the legal case against the drug testing, via the Herald:

But in the Dec. 31 ruling, the court agreed with the 11th Circuit's conclusion that "There is nothing so special or immediate about the government's interest in ensuring that TANF recipients are drug free so as to warrant suspension of the Fourth Amendment. The only known and shared characteristic of the individuals who would be subjected to Florida's mandatory drug testing program is that they are financially needy families with children. Yet, there is nothing inherent in the condition of being impoverished that supports the conclusion that there is a concrete danger that impoverished individuals are prone to drug use or that should drug use occur, that the lives of TANF recipients are fraught with such risks of injury to others that even a momentary lapse of attention can have disastrous consequences."

You can peruse the whole ruling here.

More Reason on drug testing and on the Fourth Amendment